Displaced people in Idleb are being forced to live in half constructed homes, not suitable for winter weather, to avoid the paying the high rental prices being asked for reports North Press. 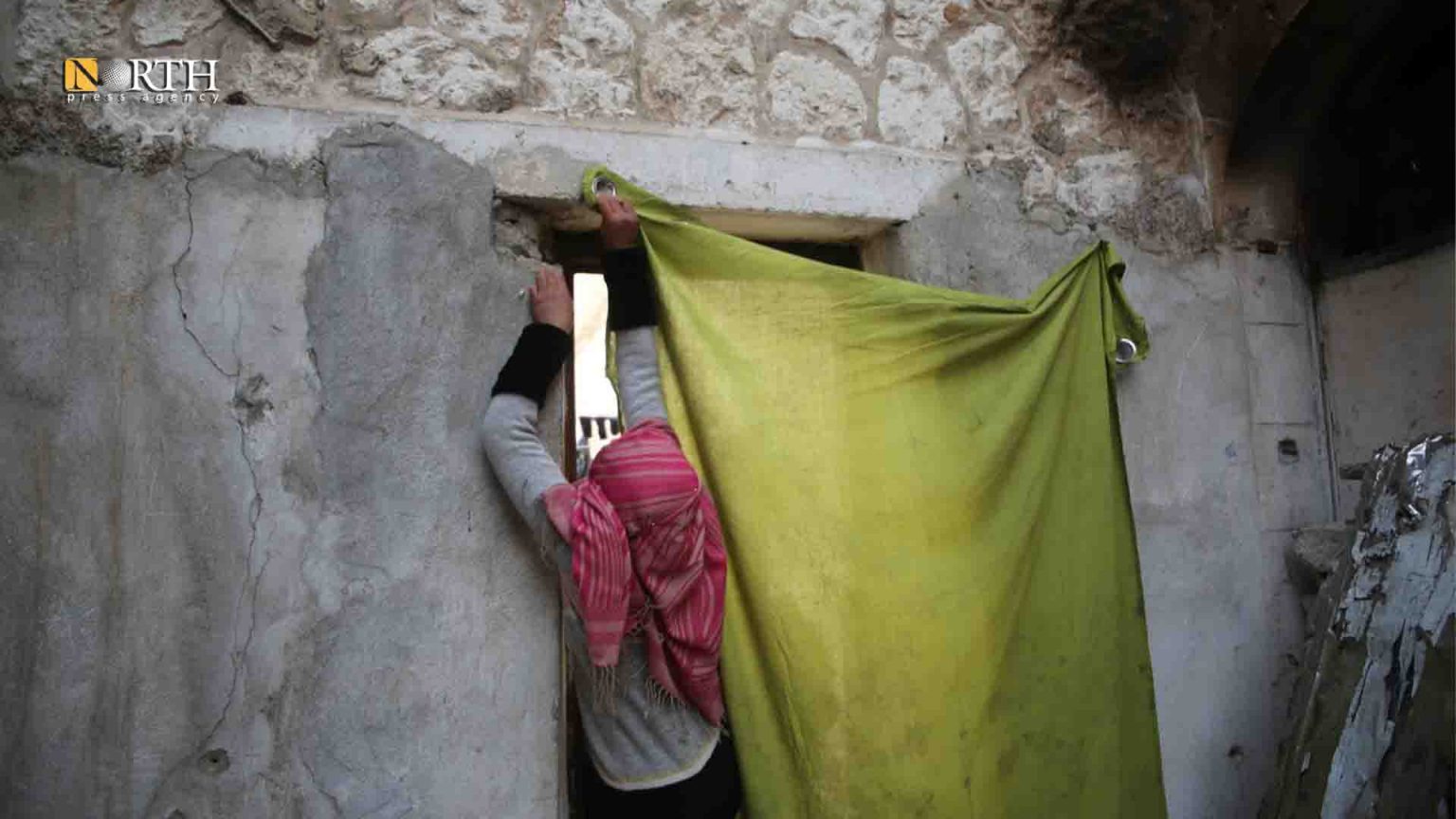 Internally displaced families in the Idleb countryside are forced to live in dilapidated or unfinished houses due to their low rental cost, compared with that of finished houses, considering them still a better alternative to living in camps.

Maher al-Aslan, an IDP from the city of Maarat al-Nu’man in southern Idleb, is trying to find an affordable rental before winter arrives, but the high cost of renting is pushing him to return to his unfinished house.

Aslan said that the house in which he lived was located on the fourth floor, but the floor was covered in sand and bricks, as well as being rugged and uneven. The walls were unpainted and full of holes.

He pointed out that the owner of the house in which he lives has not received rent from him, and his suffering increases in the winter season due to the lack of doors and windows to ward off the cold.

He explained that landlords are now asking for rent in dollars, not in Syrian pounds, and the landlord of a house he visited a month ago asked for 50 dollars, with at least three months’ rent paid in advance.

The displaced families of the Idleb countryside accuse landlords of exploiting their conditions, amid an increasing demand for habitable homes as winter approaches.

Jamila al-Kreidi, an IDP from Saraqeb in the eastern countryside of Idleb, lives with her four children and her sick husband in a house in Binnish, parts of which have been destroyed.

She did not bother looking for a furnished house before the onset of the winter season because of the high rents asked for finished homes in the region.

Kreidi says that chunks of concrete sometimes fall from the walls and ceilings. The suffering increases in the winter as water seeps in from the ceiling.

“Last winter we had to distribute pots under the drops of water, but it did not often prevent the mattresses, blankets, and carpets from getting wet,”

Her three-year-old daughter fell from an unfenced balcony in mid-September and suffered fractures and bruises.

However, some IDPs whose lease contracts have expired, have resorted to living in makeshift camps after homeowners raised their rents.

Two months ago, Jamil al-Aswad, an IDP from the city of Kafr Nabl in southern Idleb, was forced to leave the house, which he had rented since his displacement at the beginning of this year. He moved to one of the makeshift camps on the outskirts of the city.

Aswad said that he used to pay the owner of the house 25,000 Syrian pounds per month, but the owner gave him the choice: either pay 50,000 SYP or move out.

He pointed out that all landlords intend to raise their rent again in the event of a renewal of the contract, “under the pretext of the devaluation of the Syrian pound.”

Ahmed al-Sheikh, the owner of a real estate office in Idleb, said that the average value of rents last year did not exceed 30,000 pounds, but currently the value in some neighborhoods exceeds 200 dollars, with the rent being paid in advance for several months.”

Many displaced families who came from rural areas outside the control of the government preferred to return to their homes, despite the bombing and destruction they had suffered.

Abu Muhammad (a pseudonym), a resident of the town of Ehsim in the southern countryside of Idleb, said that he had returned to his house in September despite the lack of returnees and the repeated shelling of the town.

He added, “We were bored with the life of displacement, homelessness, and cold. I went back to my house and reclaimed one room with sanitary facilities, to rid myself of exploitation in the areas of displacement.”