Syria is witnessing an increase in the number of reported suicides, although it is not known what is pushing people to take their own lives writes Snack Syria. 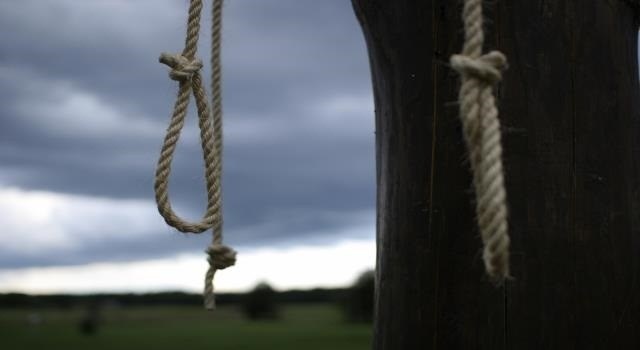 A young man kills a woman who refuses to marry him and then commits suicide. Two young men kill themselves using hand grenades. A child throws herself from off the top of a bridge. A woman commits suicide after her family kills the man she loves. Various cases of suicide have occurred in Syria since the start of 2019, which may be hot news for media sites and agencies, but also raise many questions about the state of Syrian society and whether, as is said, the real war has now begun?

Suicide cases have spread among various provinces. In September, a man in his 40s committed suicide in the town of Salhab in the Hama countryside after killing a young woman, “Sandy,” who refused to marry him. In the same month in Damascus, a 12-year-old girl threw herself from on top of the main bridge, which the forensics agency confirmed was a case of suicide or someone threw here—neither one of which is an optimistic case.

In Suweida city, which was plagued by suicides in 2018, the first days of 2019 saw the suicide of two young men who killed themselves with a hand grenade. They published a video with a message to their families saying that the difficult circumstances had pushed them to kill themselves, according to the Suweida 24 site. Then in October, activists said that a woman from the city had committed suicide after her family killed the man she loved.

In May, the city of Lattakia saw the death of a young man named Tareq after he threw himself from the tenth floor of the Tishreen hospital after hearing news of the death of his mother.

This year also saw the suicide of a young activist in the capital Damascus for unknown reasons in May, which created a shock in public circles.

Bassam Hayek, the general director of the Ibn Khaldun Hospital for Psychiatric and Mental Illnesses in Aleppo has previously said that, “99 out of 100 suicide attempts are rescued per week, with children no more than seven years old routinely talking about death, which could lead to suicide if there is no awareness.

All suicides are not necessarily recorded in the country. Many cases of suicide are recorded as deaths and the matter ends there, without discussion about the reason for the suicide or the situation considered in a way that helps confront the danger.