It has been reported the regime loyalist Rami Makhlouf and a number of his siblings and managers have been placed under house arrest writes Al-Hal. 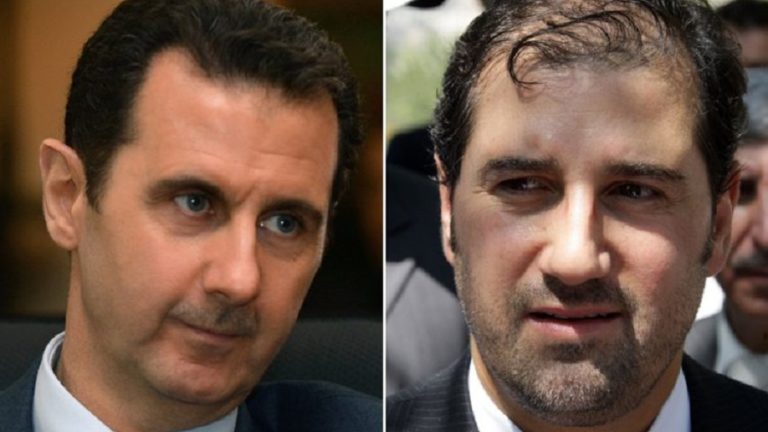 Some sources outside Syria are reporting on the situation of Syria’s most famous businessman, Rami Makhlouf, and the fact that a number of his siblings and managers are under house arrest.

Makhlouf was a mainstay in the economy of the ruling family in Syria and one of the regime’s main financial backers, serving his interests first and the interests of the Assad authorities second. He has remained a loyal soldier for the family throughout the years of the war. But something has happened that has flipped the table on part of the family, and rumors have started to spread that the rug has been pulled out from under the Makhlouf family.

An opposition source says that Assad directly ordered that Rami Makhlouf and his father Mohamed and his brothers Eyad and Ehab be place under house arrest against a backdrop of financial disputes between the Assad and Makhlouf families.

Dozens of rumors have spread, including those written by the Syrian businessman Firas Tlass, who said on his Facebook page: “Regarding the inflated rumors about the dispute between Bashar al-Assad and Rami Makhlouf and his siblings, Bashar ordered an amount of two billion from Rami, and he made the excuse that there was no direct liquidity for this amount.”

Tlass, the son of the former Syrian Defense Minister, Mustafa Tlass, continued in his post: “Bashar ordered Samer Darwish (director of the Bustan Association and one of Rami’s proxies) to come, and demanded that he review the accounts of Rami and his siblings and companies. Samer Darwish said that he did not have all the information. Bashar (still quoting the younger Tlass) called for the palace security office to bring the managers of Rami’s companies and his account books.”

Tlass said that this was information and not analysis.

Sources of the situation

Al-Hal sources in Lebanon and Syria contacted a number of Syrian businessmen, some of them from decision making centers in Damascus and some with personal relationships with officials working in Rami Makhlouf’s companies. Reports overlapped in that there was turbulence between ruling family members or between the Assad and Makhlouf families and that this turbulence was reflected in the absence of Makhlouf from his companies for more than a week. But our sources said at the same time that these disputes had not reached the point of putting Makhlouf and his siblings under house arrest.

Al-Hal’s sources said that the relationship between Assad and Makhlouf was at its worst and that the main reason for the poor relationship was financial and connected to funding. But the matter also had not reached the stage of intervention with force.

This turbulence has been reflected by movement in the market, with the exchange rate against the dollar rising about 20 Syrian pounds in less than a week. There has also been confusion between other businessmen who are affiliated with Makhlouf. At the same time, all of Makhlouf’s companies are operating normally without this information reaching employees at the lower level or laborers or users and has remained at the level of managers.

According to our sources, it is expected that Makhlouf will appear indirectly on media or social media to deny the reports he was arrested or put under house arrest without directly stating that.

His appearance could come very soon, during the Damascus International Fair, if there is agreement between the two families and the disputes do not develop into a dead end.