The regime is confiscating property from the poorest segments of the population, opposition news outlet Souriatna writes 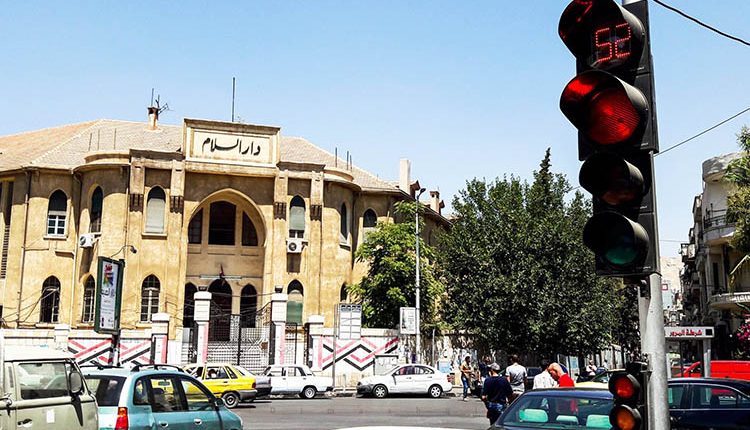 It is no longer strange to go out of your house for a short while and to return to find another person living there. It may not even be your right to ask him what he is doing in your home! All that you can do is apologize for disturbing him and turn your back and go. This is no exaggeration, and is the case for many Syrians who have lost their homes or been forced out of them by the Assad regime and its fighters.

During the heavy battles and shelling endured by most Syrian areas, residents have been forced out to more secure areas. After the regime took control, the residents returned to their homes, only for many of them to be surprised that others had occupied them and taken up residence there. There are many examples of this, especially with the residents of eastern Aleppo.

Abu Radwan Daswaki, a resident of the Al-Maadi district in eastern Aleppo, decided to return to his home after the regime took control of the area at the end of last year and after a long period of displacement he spent in the western Aleppo countryside. When he arrived, he placed the key in the door lock, but it did not open. Suddenly, a huge man opened the door, screaming in his face, “Who’s there?” He then told Daswaki that he was the owner of the house and threatened to shoot him if he did not leave within a minute. “This is my house, not yours,” he said.

“I had no choice but to be displaced once again, as the ownership documents were lost because I was displaced suddenly when the bombardment of Aleppo began, and so I wasn’t able to demand my rights. Even those who held ownership documents, as one of my friends told me, were not able to make use of them and so lost their homes,” Daswaki told Souriatna.

The regime does not hide its seizure of homes. Indeed, members of the intelligence and security branches informed residents in the eastern and southern districts of Aleppo that the regime was seizing homes where the owners did not return after the first half of this year.

Military and air force intelligence members reported that some of these homes had been seized because some of their owners backed the rebel groups when they controlled these districts, as well as because dozens of families have not returned to their homes since security and stability was restored, as the regime militias put it.

Syrian President Bashar al-Assad is also trying to give theft and looting legality and legitimacy, as the regime has seized property of large landowners in Syria, armed with a law issued by the government to “legitimize looting of property,” according to Lebanon’s pro-regime newspaper Al-Akhbar.

The newspaper said that the government recently issued a set of decrees including one pertaining to the final seizure of land if it was in excess of an ownership ceiling for a number of large landowners, saying that their owners did not comply with commitments to make investments in the plots.

Expelling residents from their homes

The regime did not stop at allowing its supporters to seize residents’ homes, but also expelled them as well, as the regime’s Aleppo city council a few days ago issued a decision to expel more than 100 civilians, most of them women and children, from their homes in the Al-Furqan district.

The council gave the civilians five days from the issuance of the decision to leave their homes and destroy them, where they have been living for 70 years in small stone rooms in a one-floor building with joint ownership.

Loyalist pages, including the Al-Zahra District News Network, attacked the regime decree, saying that regime officials had left untouched the rubble and destruction in Aleppo, and applied the laws pertaining to clearing informal housing areas only where impoverished people lived.

Even Palestinians in Syria have not been spared the regime’s oppression, as armed militias under regime authority have taken a number of homes belonging to Palestinian refugees in the Al-Husseiniyah camp in the Damascus countryside, according to a report by the Action Group for Palestinians of Syria.

The regime is also trying to offer property and real estate to the Russians and Iranians who have backed them, as if this is property it can simply issue to whomever it pleases with the aim of paying off the accumulated debts to Iran and guaranteeing its financing, support and backing. The Assad regime has granted Syrian land and facilities to Iranians, and these properties have become officially registered in the names of Iranians in various districts in Syria, especially in Damascus and Aleppo.