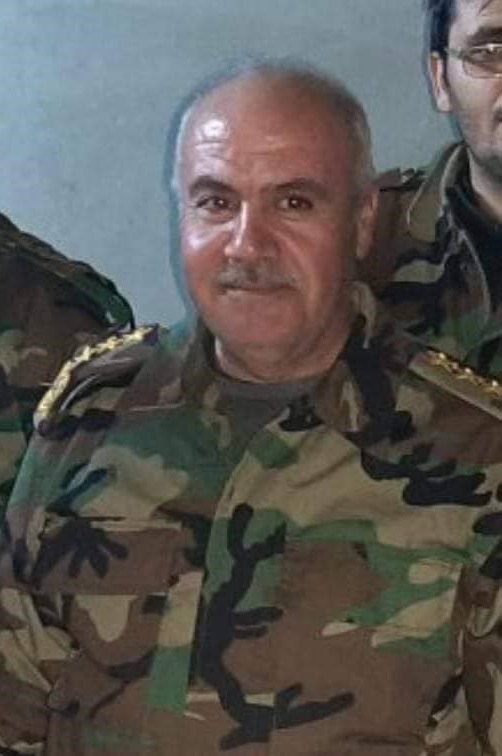 Syrian media and both opposition and loyalist pages reported the death of Major General Mohamed Ali Fakhrou, an officer in the Assad regime’s Republican Guard, killed at the hands of the Islamic State (ISIS).

The incident occurred when ISIS members carried out an attack on shepherds in the eastern al-Bulil countryside in Deir ez-Zor, killing four and stealing about 750 head of sheep, according to the Midea River media network.

The network added that when regime forces heard the news, they mobilized and sent a military convoy to the area composed of Republican Guard forces and the National Defense with the aim of recovering the sheep.

ISIS members set up an ambush for the convoy and clashes occurred between the two sides, killing 15 on the regime side, including Major General Mohamed Fakhrou. The news spread on loyalist pages and media sites, where Fakhrou’s death was mourned. He had been known as the engineer of the Joubar tunnels.

Fakhour had a close relationship with Iranian sectarian militias, and his activities were not limited to the military field, but involved establishing Shi’ification bases in the area, setting up shrines and other sites, including turning the spring in al-Quriyah, known as Ayn Ali, into a pilgrimage site for Shia pilgrims.

Zaman al-Wasl reported that Fakhrou’s death came just two weeks after he was promoted in the promotions issued at the start of the year by Bashar al-Assad.

Various images were published of the general; including his visit to Ayn Ali in al-Quriyah, east of Deir ez-Zor, which was established by the Aal al-Bayt Shrines Authority, funded by Iran.

Fakhrou was from the city of al-Dana in the Idleb countryside and was known as an expert in explosives and an engineer who set up tunnels in Damascus districts and the countryside.