An explosive device was planted near the house of Jihad Barakat, but it failed to kill him, causing only material damage to the building writes Enab Baladi. 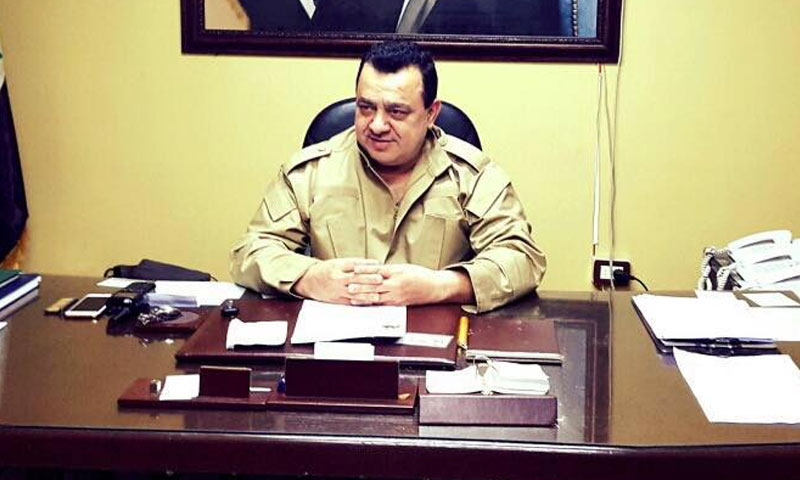 The commander of the Syrian regime loyalist Baath Commandos regiment, Jihad Barakat, was subject to an assassination attempt using an explosive device at his home in the Barzeh district of Damascus.

The Masaken Barzeh News Network page said in a post on Facebook that, “the hands of terrorism and treachery reached for the commander of the Baath Commandos regiment, Jihad Barakat, with an explosive device near his house, but the damage was only material.”

Barakat was born in Qardaha in 1964 and is linked to the family of Syrian regime head Bashar al-Assad through his marriage to Intisar, the daughter of Badeea al-Assad.

In September 2018, Barakat received a memorial shield after Brigadier General Suhail Hassan ended the contracts of 6,500 fighters in the Baath Commandos deployed throughout Syria.

Barakat said on his Facebook page at the time that “combat operations by Baath forces in Homs have ended entirely.”

The Baath Commandos are made up of civilian volunteers who fight alongside regime forces as so-called “support forces” and they were started to be dissolved in 2018.