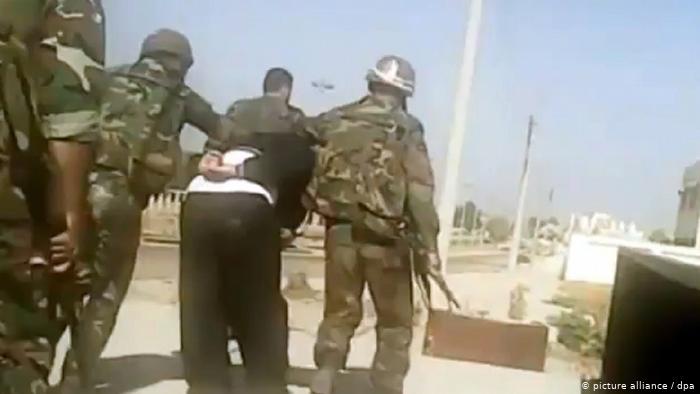 The German attorney general has filed charges with the Federal Supreme Court against Syrians who allegedly worked for Syrian intelligence. The list of charges include murder, torture, and crimes against humanity.

The German federal attorney general filed charges of murder and crimes against humanity against two former officers in Syrian intelligence who had entered German territory and reside there. Based on the charges put forward by the prosecutors, the two men had overseen a torture center in Syria. One of them was charged with 58 counts of murder as well as charges of rape and sexual coercion.

Anwar R. and Eyad A. were arrested and placed in prison. According to the prosectors’ statement, issued on Oct. 29, 2019, Anwar R., the main defendant in the case, had overseen a special unit between 2011 and 2012 to pursue opponents of the Bashar al-Assad regime, and systematically tortured them; as commander of a unit of the Syrian intelligence, he participated in killing at least 58 people.

According to the statement, the defendant was affiliated with the Syrian General Intelligence Directorate, specifically Branch 251, and had been responsible for security in the Damascus region. Under his command, at least 4,000 people were tortured in heinous ways, including with electrocution.

The second defendant, Eyad A., was accused of pursuing regime opponents and protesters during the outbreak of the Syrian revolution. Because he had known that they would face torture in Assad’s prisons and given his participation in the arrest campaigns and forcible detention, he was charged with complicity and of participating in crimes against humanity.

The prosecutor’s statement indicated that rape and sexual violence had been employed with the participation or at the behest of the accused. The indictment concluded that brutal and systematic sexual and psychological violence had been used to extract confessions and to obtain information about opposition movements.

The German prosecutor’s office said that apart from interrogations, detainees were also subjected to arbitrary physical abuse at the hands of guards, with inhumane and degrading conditions prevalent in the prison. Prisoners were deprived of all forms of medical care, while people were held in severely overcrowded cells, which prevented them in many cases from sitting or lying down.

The statement said that Anwar R., as head of the interrogations unit, had specified procedures in the prison and overseen them, including using brutal and systematic torture, and that he had also been aware that prisoners were dying as a result of excessive force.

The statement also discussed Eyad A., who worked in a branch section of Anwar R.’s interrogations unit, saying that he had in the fall of 2011 facilitated torture and imprisonment procedures for at least 30 people.

During this period, a protest occurred in the city of Douma, which was forcibly put down by Assad’s forces. After that, Eyad A. and other secret police members had pursued the fleeing protestors and arrested a number of them who were not able to flee and then sent them to the prison run by Anwar R., among other locations.

It seems that the European Center for Constitutional and Human Rights has discussed a start date for the trial occurring soon. The director of the organization, Wolfgang Kaleck, said that the charges were a “very important step for the victims of torture and murder in Assad’s prisons.” The center supervises 14 Syrian torture victims who are expected to testify in the case.