Excerpts from a speech by Abdul Hakim Bashar, head of the Kurdish Democratic Party in Syria, in which he talks about the recent developments in Afghanistan. 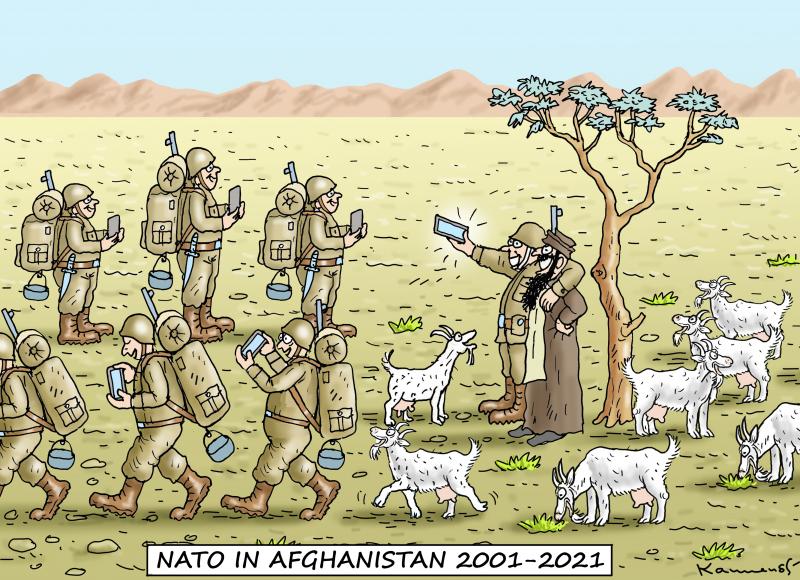 In view of the horror of recent tragic developments in Afghanistan, there are a few lessons that we as Syrians should learn from the experience of Afghanistan, and perhaps the active countries in Syria, especially Russia and America, should also benefit from what happened, including:

— Russia must realize that the Assad regime remains in power only due to its support. Like the government of Afghanistan, once Russia removes her support, it will collapse, because it is rejected by the majority of the Syrian people.  Most of the fighters who defend it now do not believe in it and its destructive behavior for the country. We see that Russia has two options: one is to continue to support the regime, which is inflicting an endless war on the Syrian people; the other option is to learn from the Afghans and realize that this regime cannot be rehabilitated. If Russia chooses to get rid of the regime in coordination with the revolutionary forces, this may preserve some Russian interests in Syria. Otherwise, Russia may lose everything in Syria in the future.

— The military forces that America relies on to fight ISIS and to maintain its influence in Syria in general and east of the Euphrates, in particular, are de facto military forces that are popularly and nationally rejected. People do not accept these forces more than the Afghan people’s accepted their fallen government. Therefore, relying on equipping and employing these forces [SDF] for the continuation of American influence is a lost bet. The United States needs to rely on national Syrian military forces, both Kurdish and Arab, that is nationally and popularly acceptable, to guarantee the continuation of American influence. Otherwise, the Afghanistan scenario may also be repeated in the east of the Euphrates.