NCC asks the authorities to uncover the fate of al-Khayer 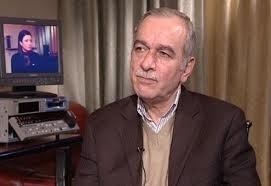 The executive bureau of the National Coordination Commission (NCC) discussed a set of controversial issues on the agenda of its meeting on July 20.

Firstly, they addressed the rumors concerning the death of Dr. Abdul Aziz al-Khayer, a member of the executive bureau, in detention.

The executive bureau of the National Coordination Commission stated that the rumors reported by Arab and international media agencies about Khayer’s death in detention created anxiety about his fate, as well as the fate of his two companions, Eias Ayyash and Maher Tahhan. The three were kidnapped at one of the regime's security checkpoints when they left Damascus International Airport after the return of the Commission's delegation from a visit to the People’s Republic of China. The Coordination Commission asks the official authorities to reveal the destiny of Dr. Khair, his fellows and many other kidnapped or detained persons. It also urges the authorities to allow the international Red Crescent and the captives’ families to visit them.

Furthermore, the NCC expresses extreme concern over the fate of Faisal Ghazzawi, secretary of the Communist Democratic Arab Union Party in the city of Homs, who was kidnapped with his wife last year by regime militias. The Commission is also anxious to hear news of Muhammad Maatouq, who was taken nine months ago by security forces from the hospital where he was being treated for an injury he sustained during an explosion in the line of duty, putting out a fire at the Air Force Security checkpoint in Harasta. Security forces still deny his detention.

Secondly, the Executive Bureau condemned the escalation of the security forces and media campaign that targets the Commission and its members. The campaign included the detainment of the following members of the Central Council of the Commission: Adnan al-Dibs, Yousuf Abdulke, Tawfiq Omran and Badr Mansour. The detentions were accompanied by messages from security forces that include warnings and accusations of having relations with terrorists. Parties participating in the campaign are official media figures such as Syrian television presenter Ruba al-Hajli, who attacks the Commission and its leaders through the interviews she initiates on her program, "An Hour and Twenty Minutes", the last of which was a telephone call with the general secretary of the Solidarity Party, who she accused of being an agent for other countries and of taking money from Qatar.