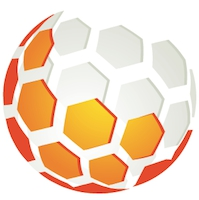 Following the four-day conference in Beirut, the completion of the Syrian Civil Coalition establishment was announced, with the participation of over 50 Syrian civil society organizations. Among the 67 representatives, 43% came from inside Syria, and female presence exceeded 42% of the participators.

The establishment of this alliance comes from the structural vacuum in the political landscape in Syria, which lacks the participatory, strategic planning, that serves the needs and priorities of the Syrian society.  Additionally, the coalition was born to bridge the increasing gap between the needs of the people and decision-makers, by empowering the voice of the civil society in Syria, to influence the process of decision-making on policies and resolutions concerning Syria.

The conference's participators were able to overcome the rocketing pressures, and ideological divisions that plague the Syrian society, and agreed to come together for the present and future of Syria.

The conference preserved its Syrian identity, as the attendance was restrictively for Syrians, with the exception of Lebanese experts: Mr. Oussama Safa and Dr. Karam Karam. Both experts have had a key role in helping to facilitate meetings, and offer their expertise on what the civil society in Syria can avert, by contemplating the Lebanese experience. The conference also hosted Dr. Carsten Wieland, the Political Affairs Officer in the Office of the Joint Special Representative for Syria, Lakhdar Brahimi.

Day one began by reviewing the challenging circumstances of the emerging Syrian civil society. In parallel, multiple groups took it upon themselves to finalize the constituent paperwork of the coalition. Proceeding on drafts that were prepared in advance by Dr. Hassan Abbas, Dr. Abdallah Turkmani and Mr. Nasser al-Ghazzali, the coalition's paperwork set the core values and common interests, identified as the "compass" of the alliance. The participators also discussed the optimal shape of the coalition's internal governance, regulatory framework, and mechanisms of communication, lobbying and advocacy.

In day two and three, the attendants addressed the four main themes of the alliance's work:

3- Meeting the humanitarian and developmental needs.

4- Activating the legal framework, and improving governance in the Syrian civil society.

The "Peace-making" group reviewed the major obstacles that hinders the process of peace-building in Syria from bottom up. These challenges included the lack of political will of the conflicting parties, international interventions, the economy of war, and the absence of successful mechanisms for peacekeeping and peace-building.

The team was consisted of member who took part in several negotiations in Syria, which helped keep the debate enclosed with the specificity of the Syrian situation. The team also examined different models of peace-building, that can be applied to the Syrian case, taking into consideration the need for local agreements that can be part of an integrated national vision for peace. The participating actors agreed upon setting an inter-sectional strategy for peace-building, one that can be embraced and exploited by any member organization of the coalition. The participators also recognize the need to influence decision-makers on one hand, and reinforce the power of peace within the Syrian society, on the other. It was agreed that the most appropriate approach to resolve the conflict in Syria is not ending it, -where it has deep political, developmental and social roots-, but to transform this violence conflict into a peaceful struggle that does not destroy the community. This means that the substance of the conflict can be in itself a strong positive motive, that drives society towards forming a Syrian identity, building a new social contract and creating a space where the rich ethnic and cultural diversity in Syria is celebrated and protected.

While the "Referential Knowledge" team acknowledged the cultural vacuum in the Syrian scene, which is reflected in the formulation of policies and strategies that greatly lack cognitive knowledge of the situation in Syria. The team also came up with ideas for projects that address these problems and inform the members of the coalition with the needed information and expertise, to professionalize their work and make it more efficient.

The "Humanitarian and Developmental Requirements" team held debates to determine the area of interference between humanitarian and developmental work. The team also discussed the need to rebuild the social and developmental framework as the basis for the reconstruction process in Syria. Additionally, they discussed practical mechanisms to aid the Syrian economy with the aim of converting the capital cash to services based in the Syrian market . The group put forward a number of projects and plans based on these fundamentals that will be the focus of its work in the next phase.

The "Legal and Governance Framework" team has discussed the role that could be played by the coalition in the governance of the labor sector and the protection of civil work from division, as well as supporting and expanding the civil space required to initiate the peace process.

Participants discussed the optimal organizational structure for the alliance and its membership conditions. They identified the main parameters of its basic functions as follows:

1- Moral function: to disseminate civic culture, alleviate ardent polarization and take real action in the process of peace-building in Syria.

2- Cognitive function: to establish a cognitive web, to exchange experiences, generate ideas and disseminate these ideas in a manner that reaches out and influences decision-makers.

3- Practical function: to support and enable civic action, and bridge the gap between organizations, by emphasizing the principles of networking and participatory.

Several debates addressed the differences and intersections between civil and political work, and concluded that civil society does not seek power, and it is the party that is most capable to articulate the needs, priorities and aspirations of this society. Thus, it is important not to have any affiliation that serves a particular political party. At the same time, it is important to take an explicit stand against the societal collapse and violations of rights and freedoms, committed by the conflicting parties. The coalition emphasized that this standard applies to the work of the members within its framework, but does not deprive them of their right to a political affiliation outside the framework of the alliance.

At the end of the conference, an interim management board of nine people was elected, to lead the coalition and apply the workplan that has been agreed upon at the conference. The board members are: Suhaib al-Zubi, Fa'eq Hwaija, Aladdin Zayat, Masa al-Mufti, Ibrahim Muslim, Mazen Gharibeh, Rim Turkmani and Ibrahim Ghazzul.

In parallel, members of the five sub-committees were elected. Each of these committees specializes in one of the main work axes of the alliance. In addition to establishing the committee of communication and media.

At the end of its conference, the Syrian civil coalition invited for an open day, to interact with parties interested in its work, and talk to the world about its plans and visions for Syria.

The coalition will be publishing details of the course of its work and the resolutions of its future plans, in the upcoming period.