Human rights monitoring groups publish joint report as a response to the use of toxic weapons in Khan Sheikhoun earlier this month, in which teams documented evidence of sarin gas exposure and the deaths of at least 103 people 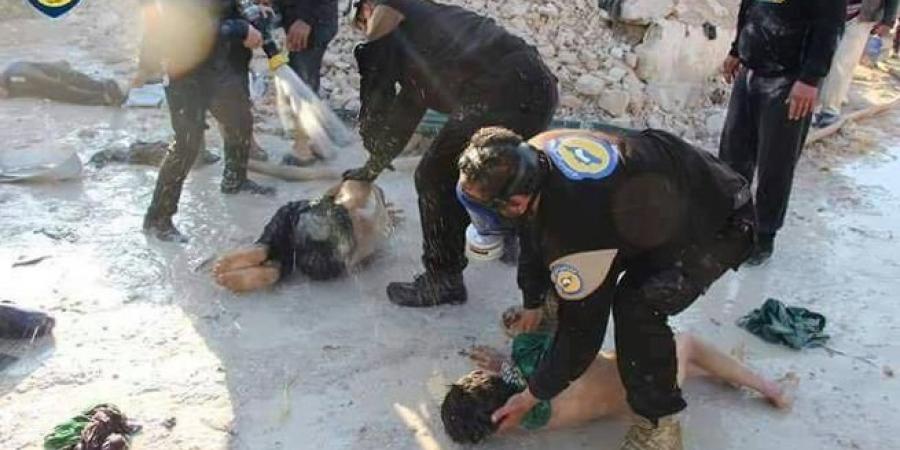 At least 103 people were killed and more than 450 others injured a result of the Syrian regime’s chemical attack on the town of Khan Sheikhoun on April 4, according to a joint report by two Syrian human rights monitors.

This was the second-deadliest attack using toxic weapons in Syria following the attack on the Eastern Ghouta and Mouadamiyah in the Damascus countryside on Aug. 21, 2013.

The 41-page report, conducted by Syrians for Truth and Justice (STJ) and the Justice for Life Organization, is based on more than 15 accounts and interviews which were conducted by field researchers. Ground staff was tasked with inspecting the area and meeting with the eyewitnesses, medical staff, response teams and families of the dead. The monitoring teams also analyzed video footage and images related to the incident.

According to the report, victims suffered from coughing, headaches and nasal irritation after visiting the impact site up to four hours later. Others exhibited symptoms of shortness of breath, constricted pupils, convulsions, foam from the mouth and skin lesions — most of which are consistent with exposure to sarin gas.

The town witnessed an unprecedented wave of displacement in the days following the chemical attack, with the population declining from 63,000 to 54,000.