Syria and the UNHCR discussed means of securing the appropriate environment for the return of the displaced to their home areas, the Syria Times writes. 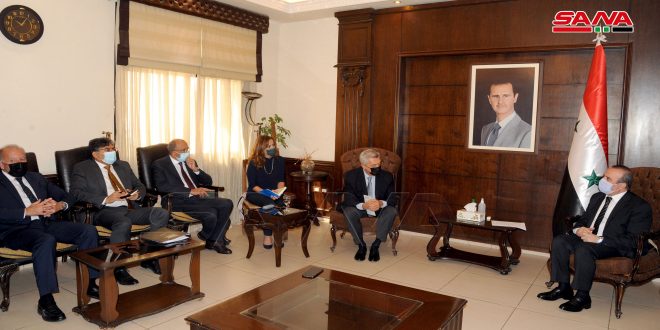 The Minister of Local Administration and Environment Hussein Makhlouf and UN High Commissioner for Refugees (UNHCR) Filippo Grandi discussed on Sunday the ways of enhancing cooperation and the projects that contribute to securing the appropriate environment for the return of the displaced to their home areas in Syria by increasing support for them.

Makhlouf stressed that the ministry is looking forward to carrying out further projects that would serve those who return to their areas and would achieve stability for them in cooperation with international organizations.

Read Also: Syria is Unsafe for Refugees to Return: OHCHR

The minister appealed to the international organizations to show support to the Syrian government’s work in providing shelter to the displaced people to alleviate their suffering that is caused by terrorism, the unjust economic siege, and the theft of Syrian resources by the U.S. and Turkish occupation forces.

In a press statement, Grandi indicated that the two sides agreed during the meeting to speed up the response provided by the UNHCR and other international organizations in coordination with the Higher Relief Committee, which will benefit the return of the displaced and society as a whole, while facilitating the return of refugees to Syria.