Turkish presidential spokesman underlined that his country has the right to send troops to Syria, just like Russia and the United States, according to Thiqa Agency. 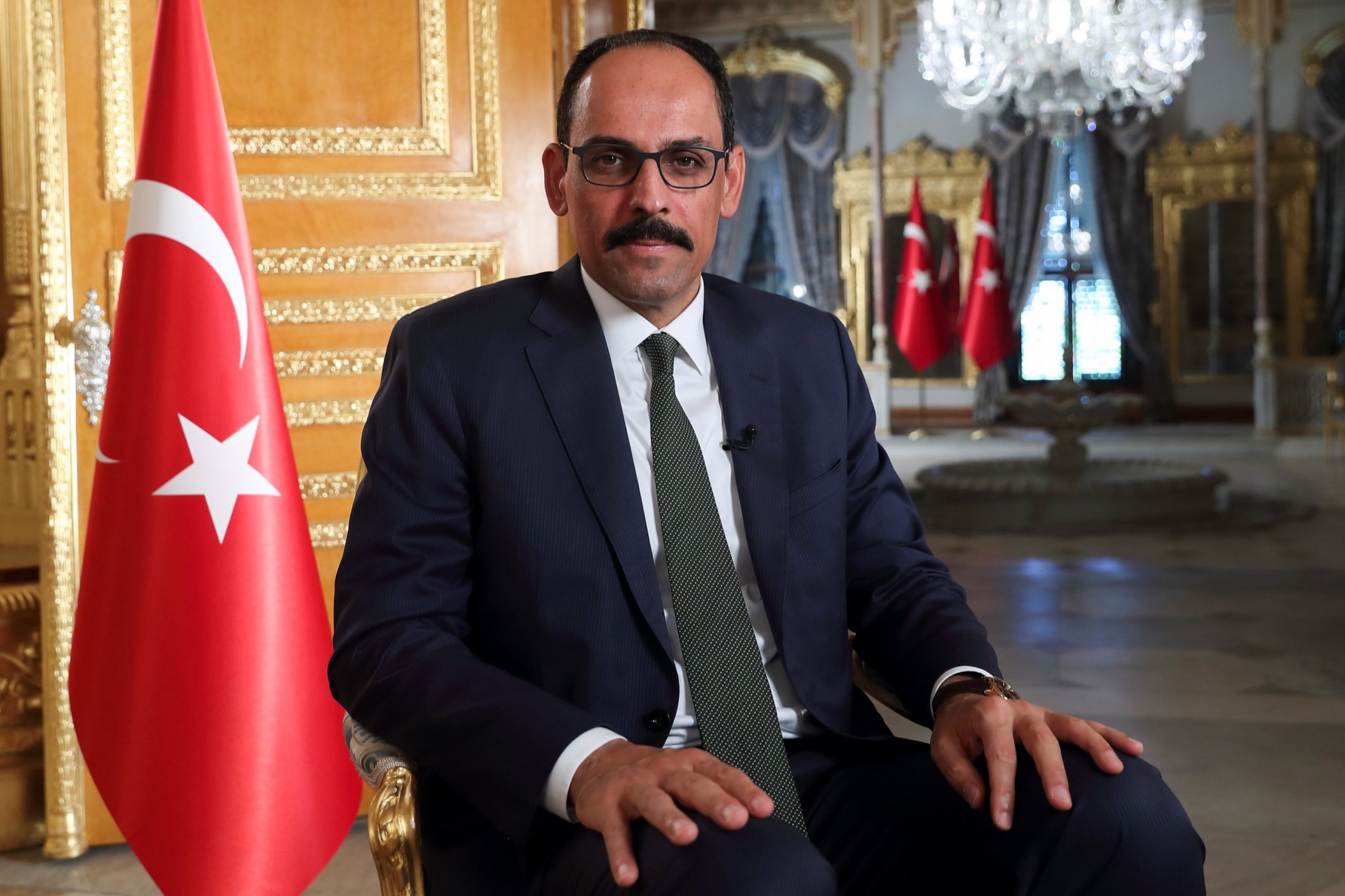 Turkish presidential spokesman Ibrahim Kalin confirmed that Turkey has the right to send its forces to Syria as is the case with Russia and the United States of America.

“Ankara is not waiting for the West to send forces to the region in order to protect Idleb in northwestern Syria, which is out of the question, and in 2015, 2016, and 2017 we proposed the establishment of a no-fly safe zone. Had it been announced, then, people would not have left in scores. It is a missed opportunity,” Kalin told the German magazine, Der Spiegel.

He noted that some  European “friends” are critical of Turkey for deploying forces in Syria, although “it must satisfy them, we have to keep people in areas under our control, 2.5 million people do not leave the region because of the presence of Turkish soldiers in Idleb.”

The Turkish spokesman stressed that his country’s friends in the West “act as if Turkey was occupying Syria, but it did not covet any Syrian territory, and had to take this step for the sake of the Syrians in the region.”

He expressed his annoyance that Turkey “has received punishments instead of gratitudes because it has been disturbed the presence of Kurdistan Workers Party in the region.”