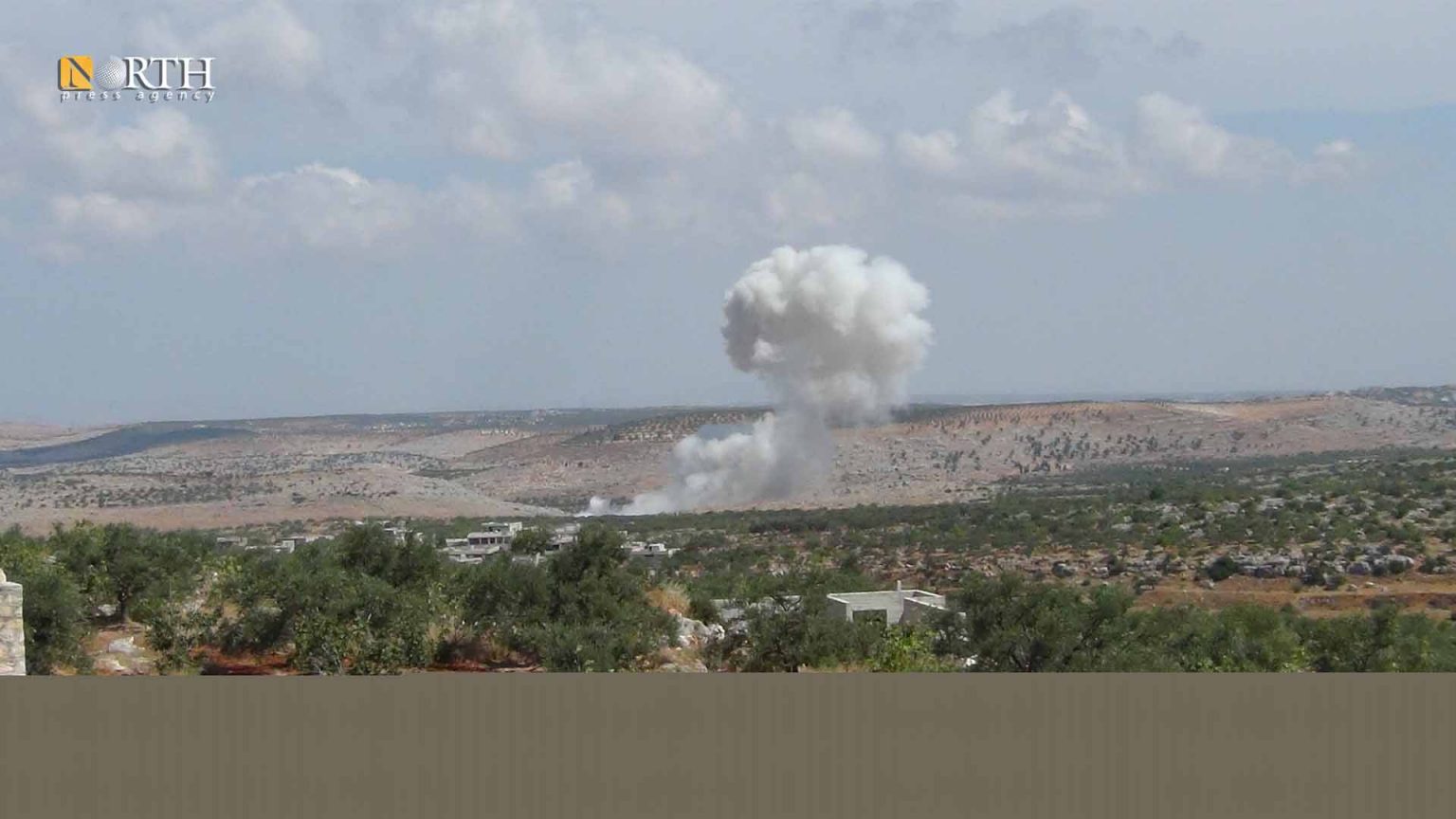 The bombardment affected the western forests and agricultural lands surrounding the town, uprooting some trees and partially damaging the surrounding houses, sources added.

Meanwhile, the Syrian government forces intensified their artillery and missile shelling, targeting opposition factions’ positions in the villages and towns of Mantef, al-Ruwaiha, al-Bara, Kansafra, Sfuhun, Fleifel, and Balyon, in the Zawiya Mountain area in the southern countryside of Idleb.

The sources added that similar government shelling with heavy artillery shells targeted other sites in the villages of Kafr Amma, al-Qasr, and al-Zira’a School in the western countryside of Aleppo.

Also, the government forces renewed their shelling on military points of the armed factions in the Tilal Kabbana area in the northern countryside of Lattakia with mortar shells.

According to the sources, the shelling resulted in damages to more than 15 houses and two schools in the towns of Mantef and Kansafra, south of Idleb.

On the other hand, the al-Fateh al-Mubin Operations Room, which includes several factions, announced that it had targeted points of the government forces in the town of Kafranbel in the southern countryside of Idleb, with artillery shells.

For months, areas in northwest Syria have been witnessing mutual shelling between the government forces and opposition factions leaving dozens of civilian casualties and wounded.

Although the de-escalation zone in northwest Syria is subject to a Russian-Turkish ceasefire agreement signed in March 2020, the area witnesses frequent mutual bombardment despite the entry of the ceasefire into force.