The Autonomous Administration of North and East Syria (AANES) handed over a number of children and wives of ISIS members to a German and a Danish delegation, North Press reports, 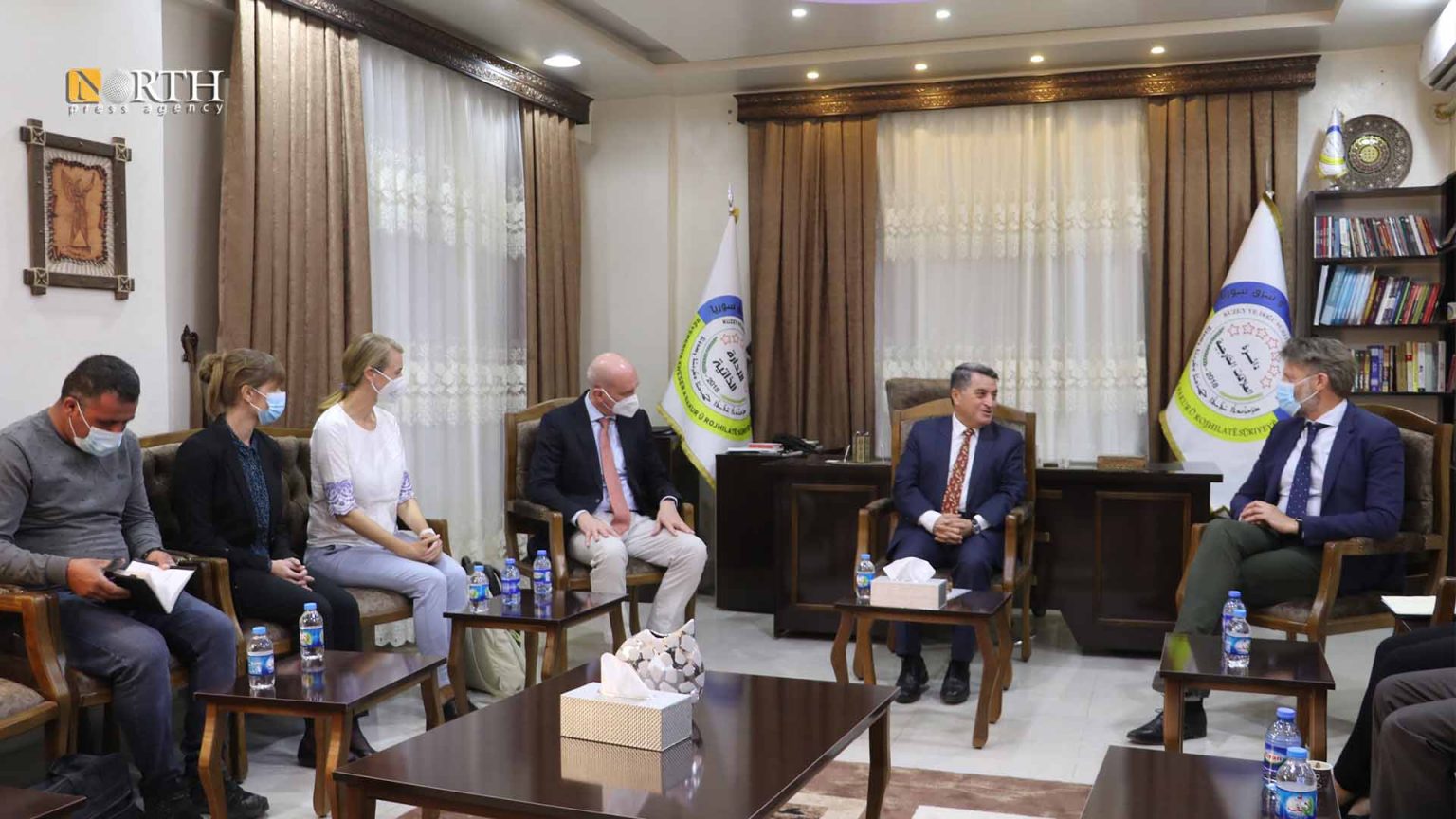 On Wednesday, the Autonomous Administration of North and East Syria (AANES) handed over a number of children and wives of ISIS members to German and Danish delegations.

Abdul Karim Omar, co-chair of the AANES Department of Foreign Relations, and other officials of the department received the visiting delegations.

The German delegation received 23 children and eight women who were in Roj camp in northeastern Syria, after the two parties signed a document bearing the slogan of the Autonomous Administration.

In an exclusive interview with North Press, Stöckl-Stillfried said that he will come back to northeast Syria again to repatriate their citizens.

He thanked the Autonomous Administration for its efforts regarding “this humanitarian mission.”

For his part, Vivike said that he is in Qamishli to “repatriate 14 children and three women from Roj Camp.”

“Treatment will be provided to the children, and women will face criminal charges,” he added.

The Danish official thanked the AANES for the beneficial dialogue about the prevention of the re-appearance of ISIS and the repatriation of women and children.

Following the meeting, the delegations left the city of Qamishli accompanying the women and children.

Late in June, Syrian Democratic Forces (SDF) Commander-in-Chief, Mazloum Abdi addressed a speech to the meeting of U.S.-led Global Coalition to Defeat ISIS that was held on the sidelines of the G7 meeting in Rome.

Abdi called on the Coalition to repatriate those people to their homelands, support education and rehabilitation/de-radicalization programs, and support stability and economic recovery in liberated areas to address the root causes of extremism.