The U.S. denies plans to normalize ties with the Syrian regime, COVID-19 continues to wreak havoc in Syria, and Syria participates in Expo 2020 in Dubai. Catch up on everything that happened over the weekend. 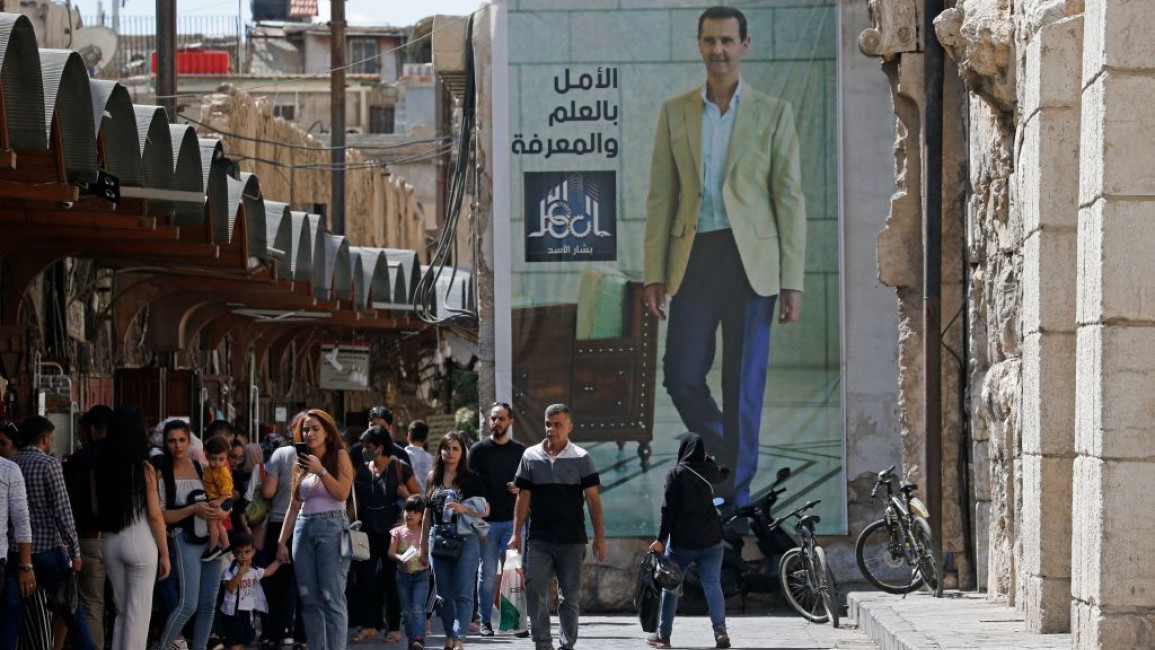 The U.N. special envoy for Syria announced Tuesday that invitations have been issued for a sixth meeting of the committee charged with producing a new constitution for war-torn Syria in October, AP reported. After the failure of the five previous meetings of the Syrian government, opposition, and civil society representatives, Geir Pedersen told the U.N. Security Council: “We should all now expect the constitutional committee to begin to work seriously on a process of drafting — not just preparing — a constitutional reform.” “If it does that, then we will have a different and credible constitutional process,” he said. Pedersen said the 45-member drafting committee will meet in Geneva starting Oct. 18, and the co-chairs from the government and opposition will for the first time meet with him the day before to prepare the session.

The United States has no plans to “normalize or upgrade” diplomatic relations with the government of Syrian President Bashar al-Assad and also does not encourage others to do so, a State Department spokesperson has said. The comments came in response to Reuters’ questions on whether Washington was encouraging and supporting a rapprochement between Jordan and Syria after Jordan fully reopened its main border crossing with Syria on Wednesday. “The United States will not normalize or upgrade diplomatic relations with the Assad regime, nor do we encourage others to do so, given the atrocities inflicted by the Assad regime on the Syrian people,” a State Department spokesperson said in an email. “Assad has regained no legitimacy in our eyes, and there is no question of the U.S. normalizing relations with his government at this time.”

With the participation of 192 countries, including Syria, the city of Dubai in the UAE opened “Expo Dubai 2020 ” after a one-year suspension due to the COVID-19 pandemic, and it will receive visitors on Friday, the Syrian Ministry of Economy Website has said. Expo 2020 Dubai will be held from October 1st, 2021 to March 31st, 2022, and it is the first international Expo organized in the Middle East, Africa, and South Asia. Syria participates in “Dubai EXPO 2020” under the motto of “Together … The Future is ours”, as the Syrian pavilion will provide a comprehensive view of Syrian history, culture, arts, and economy and it will be as a window showing the rich and ancient Syrian civilization.

Covid-19 cases have soared to critical levels across Syria in recent weeks, officials told AFP Friday, with health facilities reaching maximum capacity and unable to cope. In some of the areas, health infrastructure is insufficient while basic medical supplies and vaccine doses are in short supply. While the number of cases is spiking across the country, the areas that seem worst hit by the pandemic’s latest wave are those in the north that still escape government control. In the Idleb region, where around half of the more than three million residents were displaced by conflict, the number of recorded daily infections has increased sharply and now often tops 1,000 a day. Covid-19 cases are also increasing in the country’s northeast, which is mostly controlled by an autonomous Kurdish administration, and in government areas. According to SANA, the total number of the registered cases in Syria has reached 34,696, of which 23,959 have recovered, while 2,265 have passed away.

North Press reported that AANES decided to impose total lockdown next week in all the regions it controls, to limit the outbreak of coronavirus. This came after the highest death rate was recorded in the area, with hospitals designated for the infections reaching full capacity. The new lockdown entered into force on Sunday, October 3rd, and will continue until October 9th. A statement by the AANES Executive Council posted on its official website, said that the lockdown includes the AANES’ institutions, including educational ones. However, it excludes hospitals, commercial traffic, and humanitarian cases at the crossings.