Airstrikes from unidentified drones killed three pro-Iran fighters in Deir-ez-Zor, according to the Daily Star. 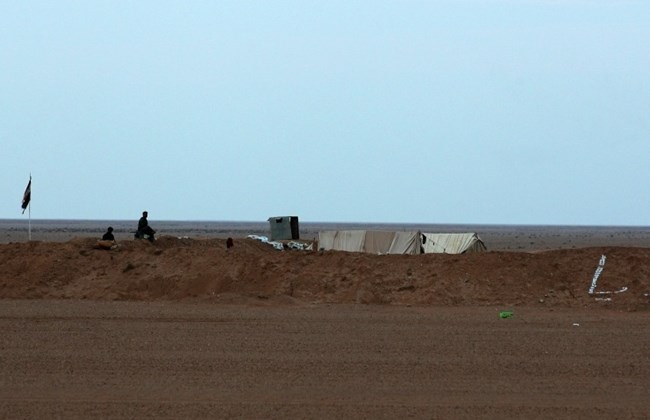 The drones late Tuesday targeted trucks of the Iraqi paramilitary network Hashed al-Shaabi after they had crossed the border into the Syrian border district of al-Boukamal, the British-based Syrian Observatory for Human Rights said.

A source within the Hashed al-Shaabi in Iraq however said that “the strikes destroyed four vehicles, but no one was killed”.

“The site targeted was near a border post of the factions on the Iraqi-Syrian border,” the source told AFP.

The Fatah Alliance, the political wing of the Hashed al-Shaabi, condemned an “abject attack” on its forces on the frontier. It called on Iraq’s government and parliament to “determine the countries responsible” and confront them.

Iran-backed groups, including the Hashed al-Shaabi, are present near the Iraqi border in Syria’s far east.

The strikes on al-Boukamal come after a drone attack late Saturday against the Erbil International Airport, which includes an airbase of the U.S.-led coalition that has been fighting the Islamic State group.

There were no casualties in the attack on the base in Iraqi Kurdistan.

The United States has twice conducted deadly strikes against the Hashed al-Shaabi in eastern Syria since President Joe Biden took office, in February and June this year.

Israel has carried out hundreds of airstrikes on Syrian territory, targeting regime positions as well as allied pro-Iran forces since the start of the decade-old Syrian war.