The Daraa Education Directorate has received returning students in their main schools after they were transferred temporarily to other schools due to the violence in Daraa, the Syria Times. 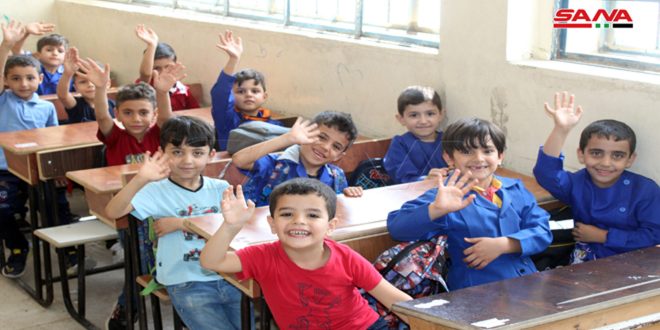 The Daraa Education Directorate has received returning students in Daraa City in their main schools after they were transferred temporarily to other schools due to the presence of families, who came from the Daraa al-Balad area and lived in these schools.

This step was taken after the displaced families had returned to their homes and after repairing the windows and doors of the schools, according to the Syrian News Agency (SANA).

Engineer Manhal al-Ammarin, Director of the Education Directorate, told SANA that the schools whose students have returned to them are Hettin, Zat al-Nitaqain, and Maysaloon, noting that the directorate has conducted emergency maintenance for them.

Ammarin added that at the beginning of the school year, the directorate transferred students from these schools to other schools to start their studies.

He clarified that the technical team in the directorate conducted a comprehensive assessment for Daraa al-Balad schools, and it was found that five schools need restoration work. The restoration periods range between a week and a month.

“Around 4,000 students were transferred to other schools within Daraa al-Balad,” Ammarin concluded.