Al-Qaeda leader Ayman al-Zawahiri praised the attack on a Russian position in Tal al-Saman area of the Raqqa countryside earlier this year, according to al-Souria Net. 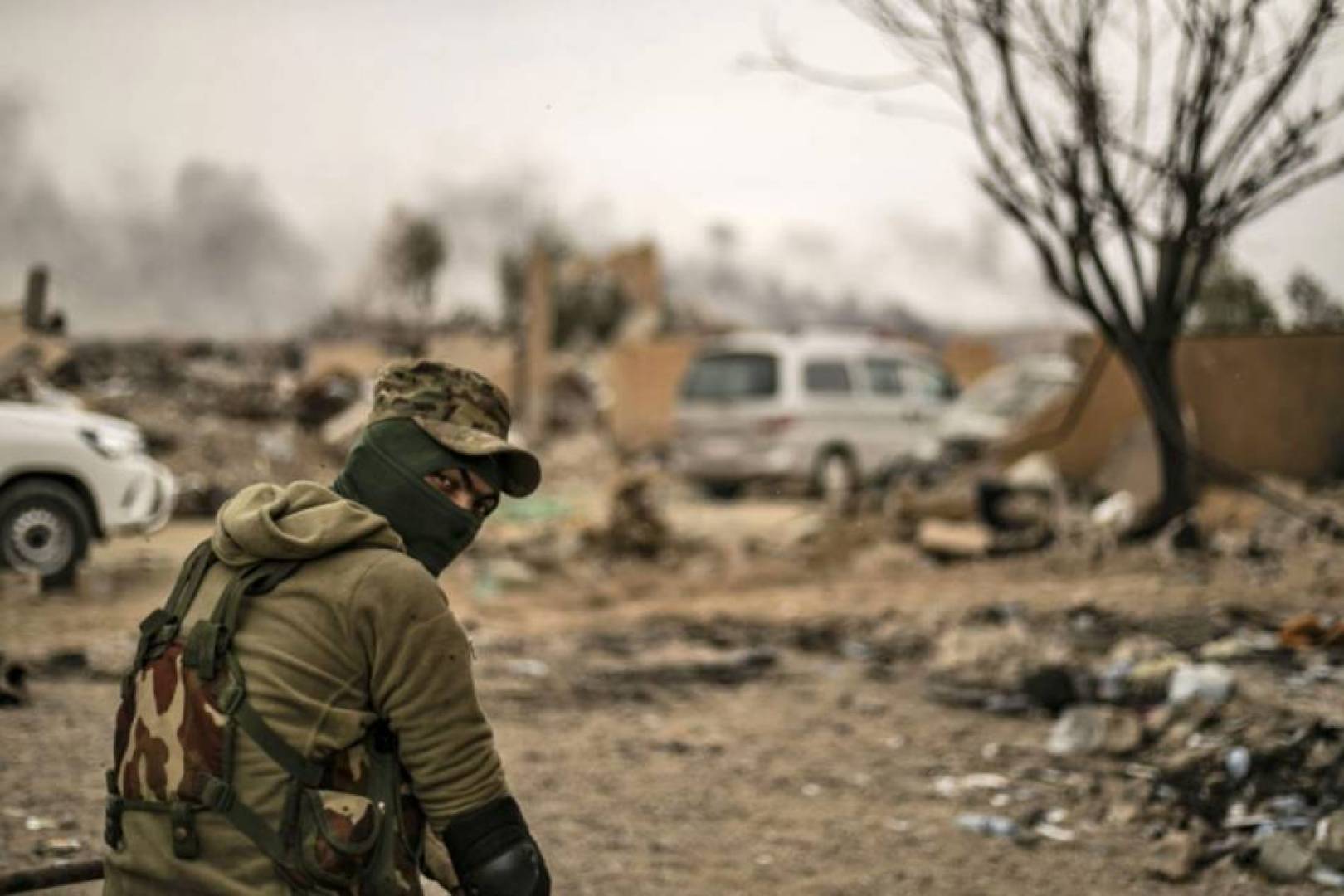 Al-Qaeda leader Ayman al-Zawahiri praised the attack on a Russian position in Tal al-Saman area of the Raqqa countryside earlier this year, an attack claimed by the Guardians of Religion Organization.

Zawahiri’s praise came in a recording published on Saturday by al-Qaeda, in which he discussed political and military events, thus refuting rumors of his death.

Zawahiri spoke of the policy of “draining the enemy,” which he described as “exhausting the enemy, which is heavily armed with the latest technology. This strategy does not require huge investment because their power can be drained by innovative ideas and simple means, by engaging in conflict on a worldwide basis.”

“Exhausting the enemy is our duty at this stage, which will force the enemy to complain about its economic and military bleeding. This demonstrates the importance of fighting away from the battlefield, which the enemy expects. Rather, operations inside enemy territory and behind enemy lines are crucial,” Zawahiri said. “One of the most notable examples [of this strategy] is the blessed operation in Tal al-Saman.”

Al-Zawahiri described the Tal al-Saman attack as a “successful operation”, saying that the operation “set an example of breaking the siege of the military enemy, which focused on the most crucial targets and therefore directed its compass in the right direction”

The Al-Qaeda-linked Guardians of Religion Organization claimed responsibility for the attack on a Russian military base earlier this year in the Tal al-Saman area, north of Raqqa. The organization released a statement, saying: “Despite the tragedies that the area is going through, a group of your brothers in the Guardians of Religion Organization was able to raid a den of Russian forces in Tal al-Saman, in the Raqqa governorate.”

“Suicide bombers attacked a Russian military base south of the town of Ain Issa,” the Autonomous Administration news agency Anha, based in eastern Syria, reported at the time, quoting a military source.

A car bomb and five suicide bombers attacked the Russian base located in the town of Tal al-Saman, 20 kilometers south of Ain Issa, and tried to force entry to the base,” the source said.

The Guardians of Religion Organization was established in February 2018, after the dissolution of Al-Qaeda in Syria. It has formed operations bases in Ansar al-Din Front and Ansar al-Islam the Rouse the Believers Operations Room.

The group has been restricted to its position in northern Syria by Tahrir al-Sham (HTS) and has been repeatedly targeted by the international coalition’s patrolling air force. These operations have killed several of the group’s most influential leaders. The most prominent of these leaders was Abu Mohammed al-Sudani, whom Zawahiri praised.