The settlement agreement and the departure of terrorists in Daraa al-Balad allowed for the return of displaced citizens, the Syria Times reports. 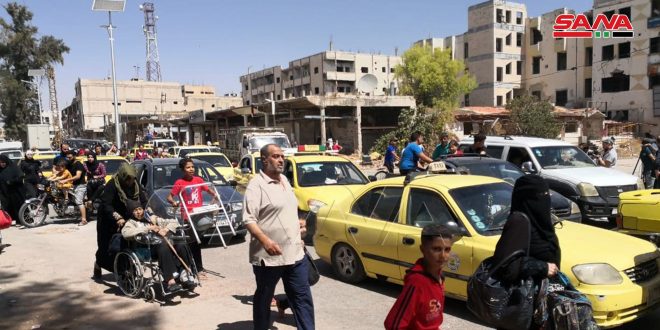 According to the settlement agreement, the terrorists, who refuse the settlement, should leave the neighborhood to the north of Syria, while the gunmen, who seek a settlement, must hand over their weapons to the Syrian Army and settle their legal status in order to go back to normal life.

The army’s engineering units also continued to clear the neighborhood from explosive devices and mines, remove earth mounds, and open the roads in order to accelerate the return of all the locals to their houses.

On Wednesday, the army units entered Daraa al-Balad area and hoisted the national flag over the settlement center building in the al-Arbaeen neighborhood.