The regime's minister of education has claimed that Kurdish can be taught as a local language in public schools, as a step towards decentralization, according to Baladi News. 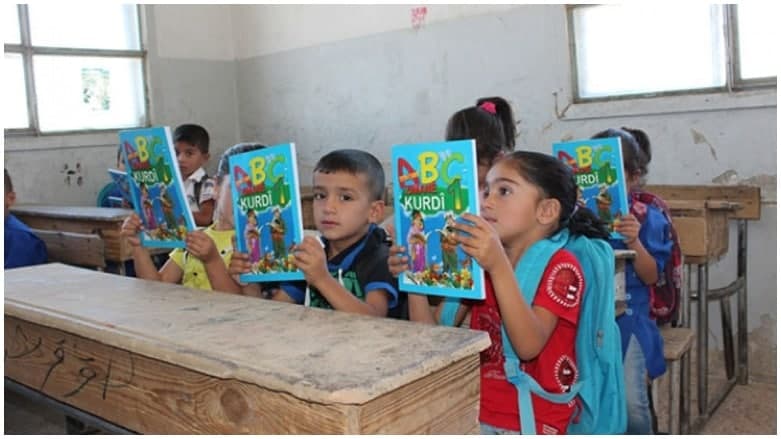 The government does not mind teaching Kurdish in public schools in Syria as a local language, according to Darem Tabbaa, the regime’s education minister. Rather, it considers that teaching Kurdish and cherishing the language does not affect the national interest.

“If there is a desire to learn the local language, this is available in accordance with the law. We allow Armenian schools to teach the Armenian language for two hours, as well as Assyrian and Circassian. Our Kurdish brothers can also learn their language for two hours, which is a legitimate right. Kurdish is a local language that we cherish, along with the other languages of Syria,” said Tabbaa, as quoted by the pro-regime newspaper al-Watan.

Tabbaa said that teaching Kurdish does not affect the national interest of the educational system at all. The system must act as the “national pillow,” on which all citizens are comfortable, to achieve a proper upbringing.

During his meeting with the new regime government on August 14th, President Bashar al-Assad said that the opportunity has now arrived to move away from centralization and towards decentralization. Assad said: “The opportunity has now arrived to take this step. This is because local councils are best placed to know their local interests and put forward solutions. Greater decentralization helps the central authorities and officials to avoid drowning in details and focus more on strategic thinking, oversight, and planning.” Assad added: “Decentralization achieves balanced development between richer and poorer regions, in the countryside and the city.”

In response to Assad’s remarks, Tabbaa said that the president had been correct in stating that decentralization achieves balanced development. “The issue in Syria is not an economic issue. Rather, the issue is the need for community-based decisions instead of a presidential one. This is a practice of democracy that prevents the central authorities from interfering in daily life and political beliefs,” said Tabbaa, according to the Kurdish news agency Hawar.

Tabbaa stressed that decentralization requires complex procedures, such as those for accurately representing each region’s communities and selecting their representatives. In addition, the central government includes specific sovereign ministries that maintain the country’s unity. Tabbaa added that “the service ministries are each region’s responsibility and form part of their routine activities”.