Assad discussed with a Russian delegation, headed by Lavrentiev, the issue of the return of Syrian refugees, the Syria Times writes. 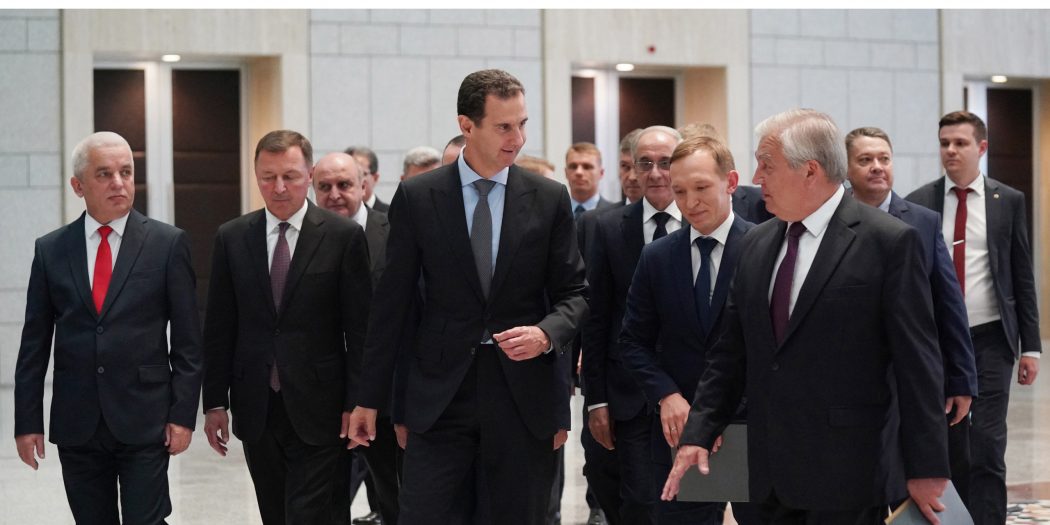 President Bashar al-Assad received on Monday a Russian delegation headed by the Russian president’s special envoy for Syria Alexander Lavrentiev. The meeting dealt with the joint efforts and cooperation between Syria and  Russia, especially when it comes to the return of Syrian refugees who were forced to leave their homeland because of terrorism.

They also talked about the Syrian-Russian joint meeting, which started today at the Palace of Conferences to follow up the works of the international conference, which was held in November 2020 in Damascus on the return of Syrian refugees and displaced.

President Assad underscored that Syria works on facilitating the return of refugees whether through rehabilitating the infrastructure that was damaged by terrorism and restoring security and stability in the liberated areas or through accelerating the reconciliation processes in a way that guarantees a safe return for the Syrian refugees and displaced people to their towns and villages.

Moreover, the President thanked the Russian leadership for the medical and humanitarian aid and the doses of Covid-19 vaccines they offered to Syria, praising at the same time Russia’s support to the Syrian people in all fields, including the efforts being exerted to help the Syrian refugees return to their Homeland.

For his part, Lavrentiev expressed confidence that Russia and Syria will reach tangible results due to the effective steps taken by the Syrian government to create appropriate conditions for the return of refugees.

He referred to Russia’s continued cooperation with Syria to overcome the difficulties and obstacles that may hinder the return of the Syrian refugees to their homeland.