The Syrian Opposition Coalition has organized talks with Syrian-American organizations, to talk about lobbying to protect civilians in Syria, according to the SOC. 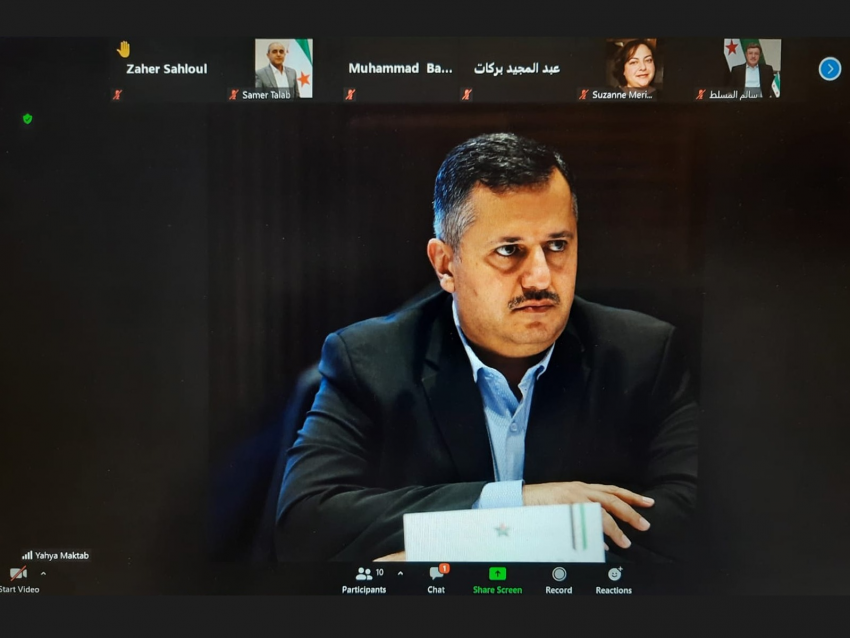 The Syrian Opposition Coalition’s Communities Office held a virtual meeting with heads of Syrian-American organizations to discuss the latest developments in Syria.

Read Also: Who is Salem al-Meslet: Head of the Syrian Opposition Coalition

During the meeting between the opposition and Syrian-American organizations, Meslet also talked about the SOC’s efforts to ensure the end of the Assad regime and its backers’ barbaric onslaught on the province of Idleb, which is targeting residential areas and causing civilian casualties, the majority of whom are women and children.

Meslet stressed the important role of the Syrian-American organizations at this stage in mobilizing the public opinion and the U.S. media as well as in communicating with the decision-maker in Washington to stress the need for a U.S. action to stop attacks against civilians.

Meslet also talked about the continued reform process that the newly elected leadership of the SOC launched, with the process emphasizing the importance of the reform to include all institutions of the revolution, not just the SOC’s institution.

Suzanne Meriden talked about the importance of focusing on working with the U.S. media because of the important role that the media plays in influencing the American public opinion, which will build up pressure on the American decision-makers to give priority to Syria.

Ghuabis stressed the need for continuous coordination between the SOC and the Syrian-American organizations as well as the exchange of documents, notes, and positions.