The Special Advisor of the presidency, Bouthaina Shaaban, praised Assad's inauguration speech, calling on Syrians to derive lessons from their History, according to SANA. 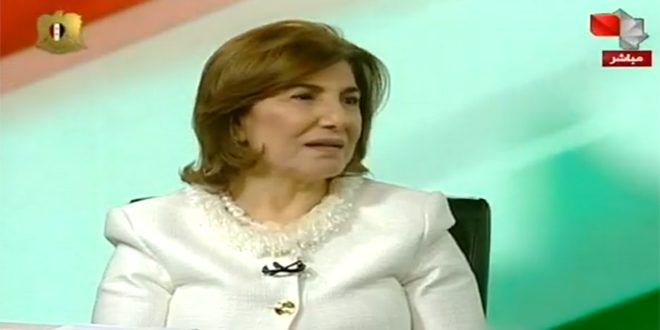 Special Advisor at the Presidency of the Republic, Bouthaina Shaaban, stressed the importance of the speech delivered by President Assad on Saturday after taking the constitutional oath in which he focused on the necessity for Syrians to learn lessons from the war on their homeland.

In an interview with Syria TV on Saturday, Shaaban said that the President was frank and transparent in the speech in which he underlined the responsibility of the Syrians and what they can do whether in terms of the ongoing war against their country or regarding the future.

She said that international changes always existed, stressing that the US sanctions are not a fate that kills people if those peoples have the will and capability. She added that the Syrians can draw the future of their country with their own hands.