The number of suicides recorded in Syria has dropped by 15% compared to the same period last year, according to Sowt al-Asima. 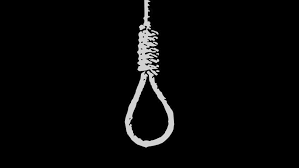 He added that four suicides were attempted by people as young as 17 year-olds, as well as 19 year-olds. According to Hajju, the majority of suicide victims are aged between 20 and 30 years. Further, 45 suicides were executed through hanging, 13 through shooting, 8 through jumping from high altitudes, and 10 through poisoning.

Hajju noted that a strange suicide was recorded, where the victim designed an electric circuit and electrocuted himself to death. The percentage of male suicides increased to 71.25%, compared to 68% last year. However, compared to the same period last year, the number of suicides decreased by 15%, Hajju added.

As of the end of June 2020, the Forensic Medicine Authority had recorded 87 suicide cases, out of which 10 happened in Damascus.