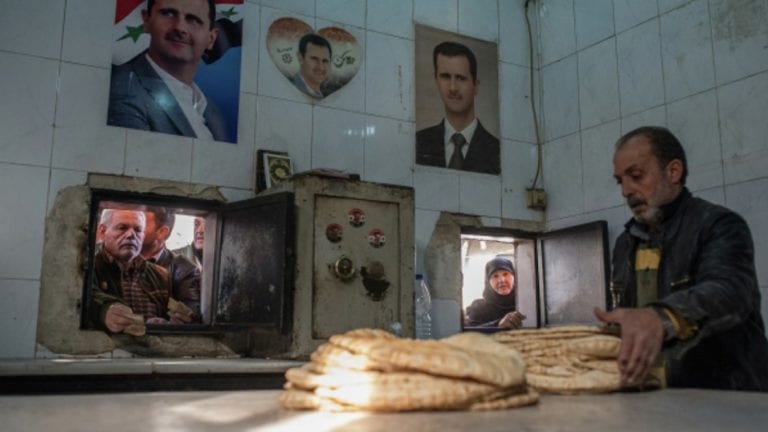 Officials and experts from the Rome-based Food and Agriculture Organization of the United Nations (FAO) estimate that Syria needs to import at least 1.5 million tons of wheat. By contrast, the same FAO officials stressed that the regime’s targeting of 1.2 million tons from domestic production now seems highly unrealistic.

After low rainfall, preliminary estimates show that Syria’s wheat crop — which continues to suffer consequences from years of warfare — is in peril.

Agricultural problems, along with a lack of funding for imports, will also amplify pressures on the Syrian economy. The economy is already straining under the weight of the ten-year conflict, U.S. sanctions, a financial collapse in neighboring Lebanon, and fallout from the COVID-19 pandemic.

Russia, one of the world’s largest wheat exporters and Bashar al-Assad’s ally, said that it would sell one million tons of grain to Syria over the coming year. This amount would help Syria to meet the annual domestic demand [for wheat] of 4 million tons.

In March, the World Food Programme (WFP) reported that a record 12.4 million Syrians — more than 60 percent of the population — are food insecure and hungry. This number doubled compared to 2018.

According to the World Bank, Syrians’ dependence on subsidized bread is also increasing. Massive inflation has driven up food prices by more than 200 percent from the same time last year.

Syria is unlikely to receive any supplies from farmers in the Kurdish-led “Autonomous Administration” areas in the northeast, where more than 60% of the country’s wheat is grown.

The Autonomous Administration expects to collect just under half of last year’s 850,000-ton harvest. This shortfall has occurred due to a lack of rainfall and low water levels on both sides of the Euphrates River, where levels have fallen by at least five meters.