Syrians released from the regime's prisons appear sick and weak like "skeletons", according to al-Araby al-Jadeed. 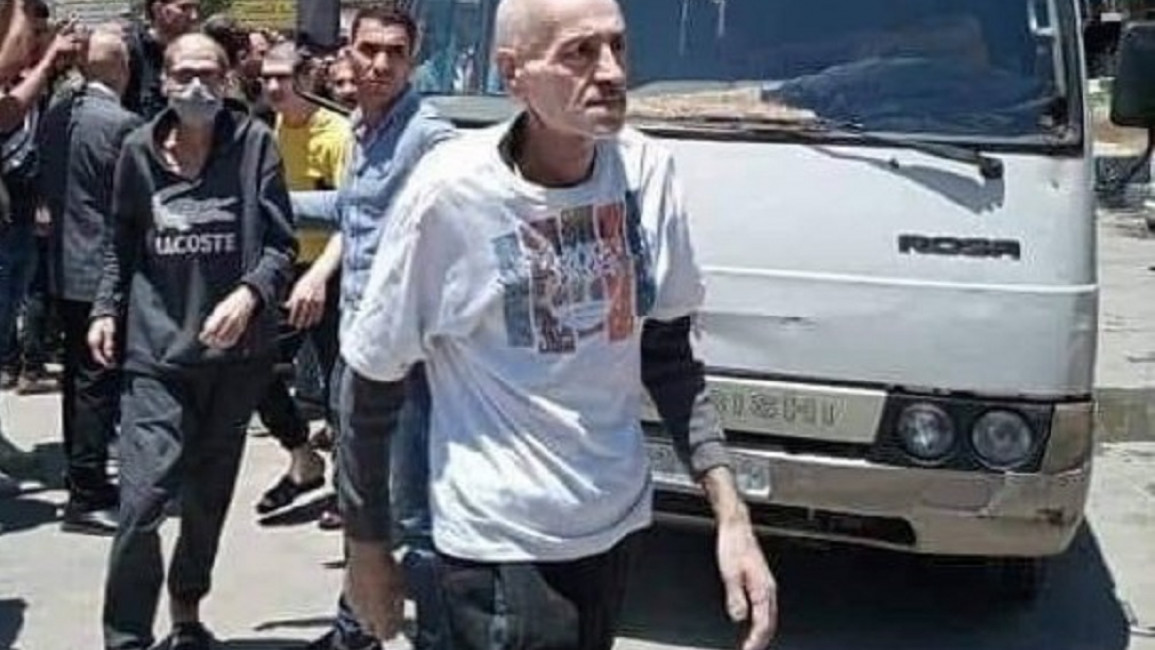 Syrians have expressed shock as the Assad regime released 32 emaciated, elderly-looking prisoners in Damascus who showed signs of severe starvation and abuse in detention.

Syrian activists expressed shock at the harrowing appearance of 32 prisoners released by the regime this weekend.

Pictures circulated widely on social media showing emaciated elderly-looking prisoners, all from the town of Kafr Batna in the formerly rebel-held area of Ghouta near Damascus, leaving the Assad regime’s prisons. Regime media said that they had been released as part of a “national reconciliation process”.

Syrian activists said that the freed prisoners appeared shockingly thin and much older than they really were because of well-documented “torture and starvation” in the Assad regime’s prisons.

Their detention had “turned their bodies into meager skeletons as if they were in their final years, with all kinds of diseases affecting their bodies”, according to the SY-24 website.

One widely circulated photograph showed a very sickly-looking prisoner being released and contrasted this with a photo purporting to show the same man before his detention by the regime, in which he appears much younger and well-built.

Pro-regime websites claimed the prisoner release was an act of “generosity” by President Bashar al-Assad.

The Syrian regime has detained hundreds of thousands of people since the war broke out in 2011, which began with the regime crushing pro-democracy protests.

Human rights groups have documented torture, starvation, and the extrajudicial execution of thousands of prisoners in the regime’s jails.

Last February, a German court convicted former Syrian intelligence officer Eyad al-Gharib of complicity in the detention and torture of 30 protesters in Damascus in 2011, with prosecutors saying he and fellow defendant Anwar Raslan – who is still being tried – were only “cogs in the wheel” of a vast machine of state torture.