Activists are accusing Anas al-Abdah of censoring critics on his social media accounts, according to Baladi News. 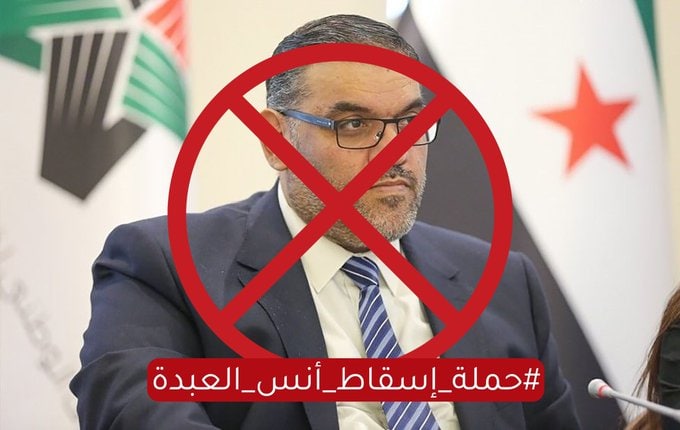 The campaign was launched after activists accused Abdah of banning commentators who criticized him on his official social media accounts following his reelection as president of the negotiating body.

Activist Majed Abdel Nour wrote on Twitter: “Anas al-Abdah has banned all those he is supposed to represent. Abdah will only negotiate in his own name and, of course, he is not willing to surrender his position atop a failed rabble and lose his 5,000 USD monthly salary.”

“The coalition does not represent us and does not have a true mandate from the people. That mandate would belong to a true representative, who works for the people and for the revolution. He would rid us of oppression and humiliation, and shepherd us to safety,” wrote Rania Suleiman.

In the same vein, dozens of activists posted pictures showing that they had been banned from following Abdah’s official Twitter account.

Abdah was first elected head of the negotiating body in June last year, succeeding Nasr Hariri, who took over the presidency of the National Coalition in a transfer of power.