The US President was confused between Syria and Libya during his press conference after a G7 meeting, according to Al-Araby al-Jadeed. 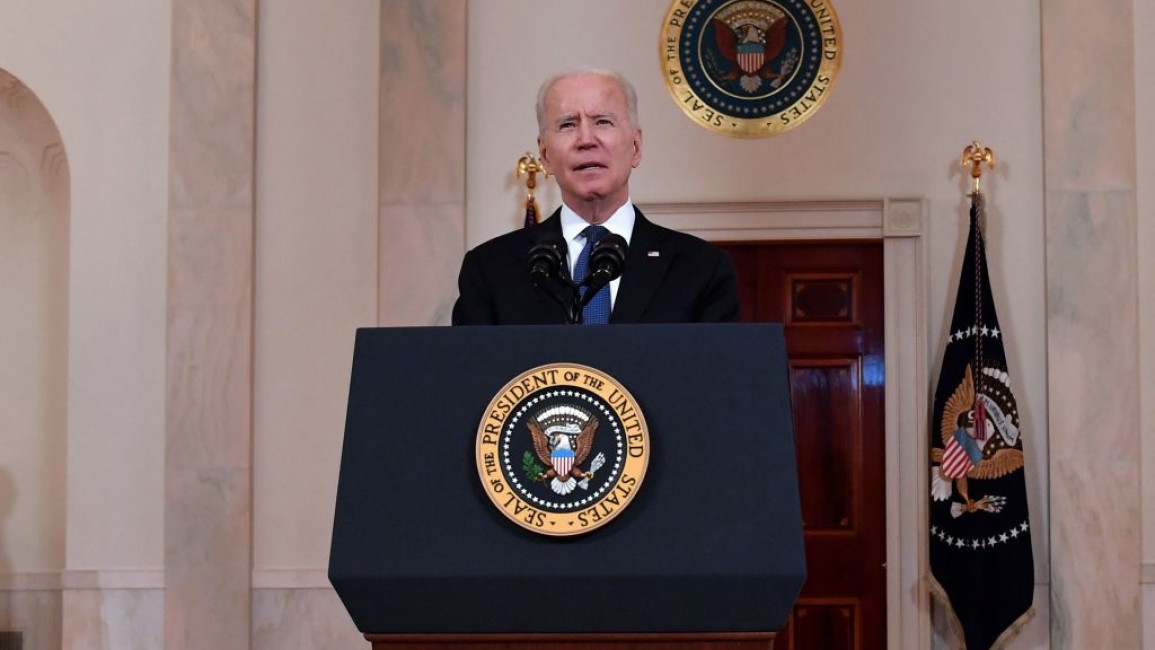 US President Joe Biden was confused between Syria and Libya multiple times in a G7 media conference on Sunday, as he spoke of possible points of collaboration between the US and Russia, beyond the long-standing tensions between them.

“In Libya, we should be opening up the passes to be able to go through and provide… food assistance and economic – I mean vital assistance – to a population that’s in real trouble,” Biden said.

The remarks came at the end of the G7, an annual meeting that gathers the leaders of seven powerful Western and West-aligned nations for three days.

This year’s event was held in the UK’s county of Cornwall.

“The rebuilding of Syria, of Libya – you know, this is, they’re there and as long as they’re there without the ability to bring about some order in the region, you can’t do that very well without providing for the basic economic needs of people,” Biden added.

“So I’m hopeful that we can find an accommodation where we can save the lives of people in, for example, in Libya”.

Journalists were later informed by US National Security Advisor Jake Sullivan while on Air Force One that Biden had indeed been referencing Syria.

Biden has in the past admitted that he is gaffe-prone, describing himself as a “gaffe machine” in 2018.

Biden in March referred to Russian President Vladimir Putin as a “killer”, to which his counterpart retorted that “it takes one to know one”.

When asked about this on Monday, he was told by a journalist that Putin had recently laughed about Biden’s “killer” comment, according to Associated Press.

Biden then laughed, before replying: “I’m laughing too.

“I believe he has, in the past, essentially acknowledged that he was – there were certain things that he would do or did do.

“But look, when I was asked that question on air, I answered it honestly.”

He added: “I don’t think it matters a whole lot, in terms of this next meeting we’re about to have.”

Biden was seemingly referring to his scheduled face-to-face with Putin on Wednesday in Geneva, Switzerland.

They have never before come together while holding their nations’ respective top jobs.

Biden then explained how he would work with Putin.

“I’d verify first and then trust.

“It’s not about, you know, trusting; it’s about agreeing.”

He explained that deals with “adversaries” are about setting terms and then backing out of the arrangement if they breach terms.