Firas Jaham, the de-facto leader of Russian-backed militias in Deir-ez-Zor, received an award from Moscow's Ministry of defense, according to Zaman al-Wasl. 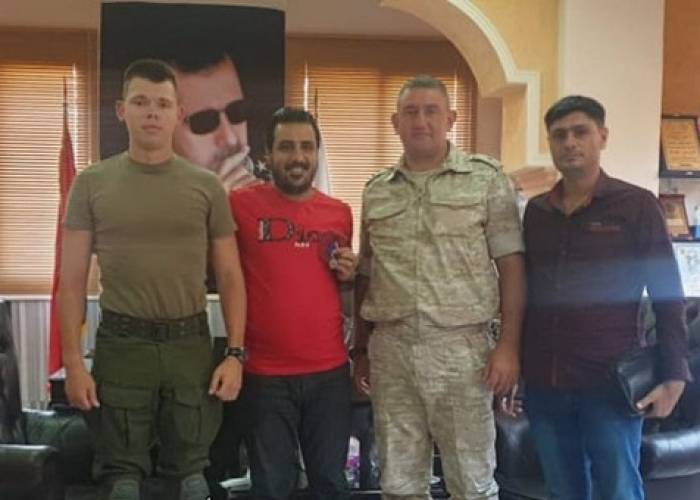 The paramilitary National Defense militia on Monday said its commander in the eastern Deir-ez-Zor province was decorated by Russian army command at the Hemeimeem air base in the province of Lattakia.

The tribesman has shown ultimate loyalty to Bashar al-Assad and its key ally Russia over the years of the war. Local activists dub Jaham as the de-facto leader of the Russian-backed militias in the oil-rich province.

More than 220,000 soldiers of the regime and its allied groups have been killed since the conflict erupted ten years ago.

The Syrian regime has also killed more than 500,000 people and displaced 13.2 million.