The Saudi permanent representative to the UN stated that the restoration of ties with the Syrian regime was not currently on the table, according to Al-Souria Net. 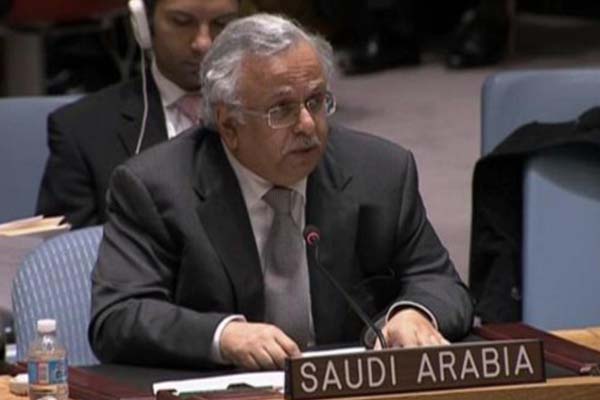 The Permanent Representative of Saudi Arabia to the United Nations, Abdullah al-Mouallimi, said that his country is not resuming relations with the Syrian government anytime soon.

“It is still too early to talk about normalization with Syria,” Mouallimi said, “because the situation is still difficult, and the regime continues to carry out its attacks on civilians, villages, and towns and is practicing ethnic cleansing.”

Mouallimi added in an interview with Russia Today TV that the regime continues its practices “of persecution of detainees in prisons and of Syrian refugees inside and outside Syria.”

The Saudi official pointed out that there are “many steps that the Syrian regime should take before we talk about the possibility of normalization and the re-establishment of diplomatic ties.”

In response to a question about the Syrian foreign minister welcoming the possibility of restoring relations with the kingdom, Mouallimi said: “Certainly they want it back because it brings them out of their isolation and gives them a rare blessing in their current situation.”

He continued, “The kingdom does not take its policies haphazardly, and does not cut off relations and then restore them arbitrarily. There must be positive conditions and elements in Syria that push for the restoration of relations, and as long as this situation is not improved, then it is difficult to talk about the return of relations.”