Corruption has built its way through Syria's vaccination campaign, according to Sowt al-Asima. 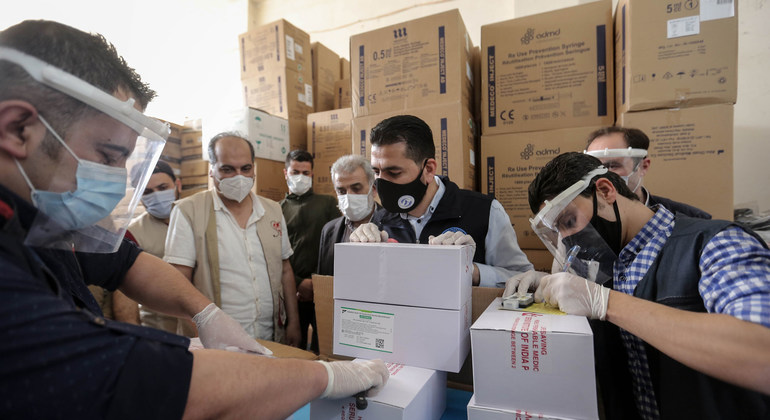 The Ministry of Health has begun administrating the COVID-19 vaccine to older people in various Syrian governorates. This supposedly comes after members of the medical staff received their jabs.

The procedure for receiving the vaccine “formally” depends on registration through an electronic platform launched by the Ministry of Health. On that platform, those wishing to receive the vaccine should enter some of their data. A text message will then be sent to the applicants, including their application number and the date of their vaccination.

Nevertheless, anonymous sources told Sowt Al-Asima that the plan to vaccinate the medical staff was not fairly conducted. In fact, the sources explained that the approvals were first granted to specific individuals who maintain connections with influential people (wasta). The vaccine was then given to the remaining doctors and nurses.

The sources added that the Ministry of Health offers only two vaccines: the Russian and the Chinese ones. They confirmed to Sowt Al-Asima that the Pfizer vaccine has not yet been given to anyone.

The sources pointed out that several doctors refrained from receiving their jabs out of fear of the side effects of the offered vaccines. The doctors are still hoping to get Pfizer instead.

The sources indicated that the Health Directorates in Damascus and its countryside have granted the vaccine to dozens of “privileged” people, under the cover of the planned elderly vaccination phase.

According to the sources, some people received the vaccine without having to register or wait through the electronic platform, in exchange for 50 USD.

A 28-year-old resident of Damascus told Sowt Al-Asima that he received his first dose of the vaccine a few days ago, in exchange for 200,000 Syrian pounds at one of the approved vaccination centers. He then explained that he is still waiting for his second dose.