Samir al-Rifai was appointed ambassador of the State of Palestine to Syria, according to SANA. 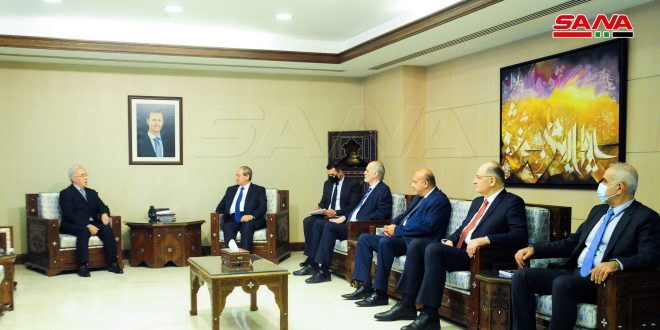 Foreign and Expatriates Minister, Faisal Mekdad, received on Tuesday a copy of the credentials of the new Ambassador of the State of Palestine to Syria, Samir al-Rifai.

Mekdad welcomed the appointment of Rifai to succeed the late Ambassador, Mahmoud al-Khalidi “who devoted his life-long career in service of the Palestinian cause and Syrian-Palestinian relations.” The minister added that he wished Raifai “success in his upcoming duties in the interest of both Syria and Palestine.”

Mekdad affirmed that “relations between the Syrian and Palestinian brothers are linked to a common destiny, in the present and the future, as Palestine is in the heart of every free and honorable Syrian and Arab citizen.”

“There is no difference between the two countries despite all the Western and Zionist attempts and plots to separate them,” Mekdad added.