The special advisor at the Presidency Bouthaina Shaaban met a delegation headed by Irina Zvyageskaya to discuss the "Watan Document center", according to SANA. 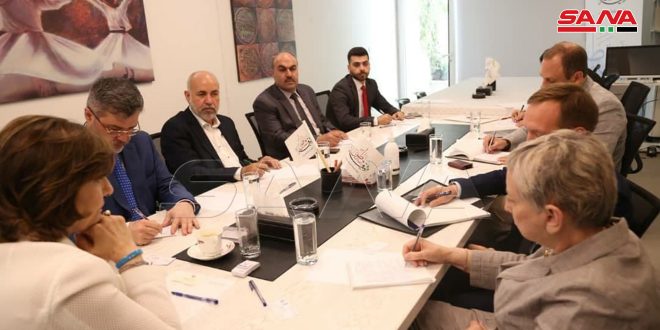 Special Advisor at the presidency of the Republic, Bouthaina Shaaban, met on Wednesday with the Director of the Center for Middle East Studies at the Research Institute for International Economics and Relations, Irina Zvyageskaya, and her accompanying delegation.

During the meeting, Shaaban affirmed the importance of information in the present as a source of power and prosperity.

She added that the goal of the “Watan Document center” in Damascus is to raise awareness about the importance of documentation in all domains as a significant and urgent step to preserve the memory of generations and record the true History by “our own hands not in hands of others.”

Shaaban affirmed that the war on Syria was aimed towards undermining the Syrian national identity and the unity of the Syrian society, one that is based on coexistence among all of its members.

Zvyagelskaya, for her part, referred to the important role of the “Watan Document center” and its close scientific relationship with the Russian Research Center she administers.