The Fourth Division has attacked the town of Tafas in Daraa, resulting in a call for a general mobilization by the  Daraa Central Committee reports Baladi News. 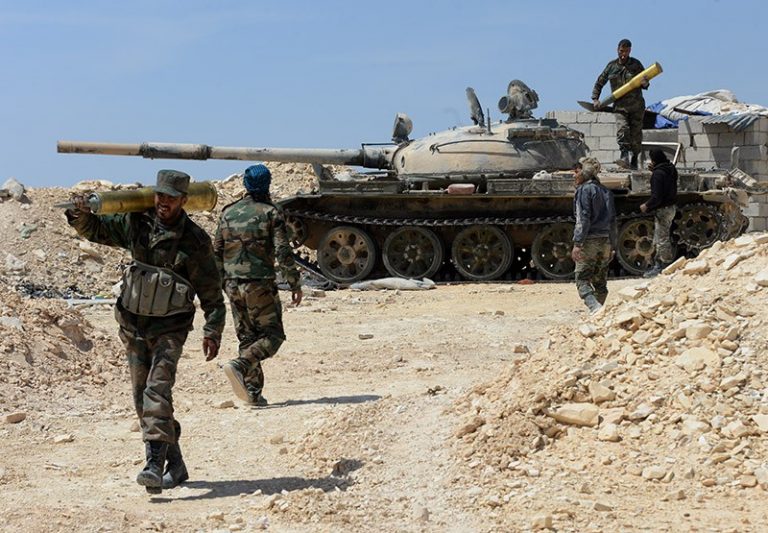 On Sunday morning, the regime’s Fourth Division militia, led by Maher al-Assad, launched a military operation on the town of Tafas in the western countryside of Daraa, southern Syria.

Baladi News’ correspondent in Daraa said that, since Sunday morning, the Iran-backed Fourth Division militia has been advancing towards the town of Tafas from the southern side, amid heavy artillery shelling on its southern outskirts.

The Daraa Central Committee, represented by former leaders of the opposition factions and dignitaries from the western region, issued a statement announcing a mobilization to repel the attack by the regime and its militias.

It added that, “several requests were discussed after the session, most of them were agreed upon. Some were impossible to implement though, which is the displacement of the people of Horan to the north, and it was agreed that a session would be held on Sunday morning.”

The Central Committee elaborated in its statement that, “this morning, the forces of the Fourth Division set fire to houses, stole people’s property, and fired tank shells on the outskirts of Tafas, targeting civilians and schools, and accordingly we announce a general mobilization for all free youth in the western region to stand as one against the policy of arrogance and the attempts to humiliate and subjugate Houran.”

The committee concluded, “Oh, people of Houran! The scheme is much bigger than the arguments they are using on us. Let’s stand together as one and say no to humiliation.”

Activists in southern Syria called for a general mobilization in the western countryside of Daraa, to stand against the campaign launched by the militias of the Fourth Division, calling on the people of the region to stand with each other to thwart the demographic change scheme that the regime is trying to carry out by displacing the people of Houran to northern Syria.

Daraa activists believe that Iran wants to return to Daraa by way of the Fourth Division militia, which it has supported for several years and gives direct instructions to.