The Syrian Negotiations Commission have had limited success at their most recent meeting, with opposing factions failing to agree on appointments writes Al-Modon. 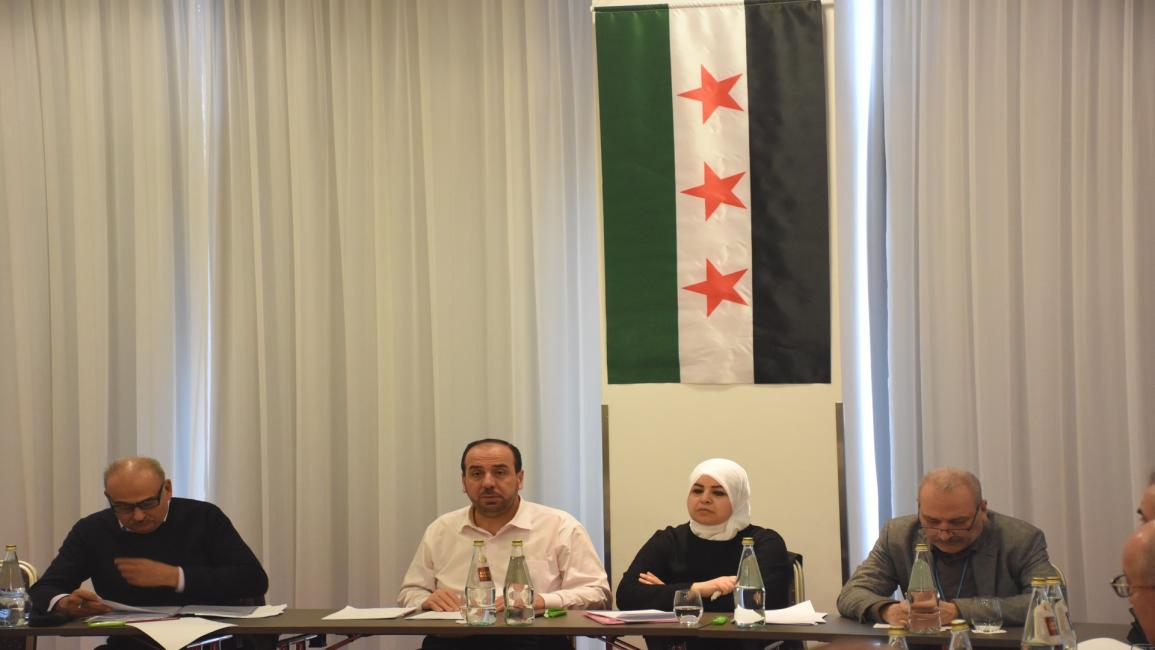 The only decision taken by the Syrian Negotiations Commission (SNC) at its regular meeting held on Monday was to replace one of the representatives of the Cairo Platform, while continuing to suspend the completion of the elections for the Commission’s various offices due to disagreements, especially about the independents.

Al-Modon learned that the SNC agreed to the Cairo Platform’s proposal to name Lieut. Col. Nidal al-Hassan as a new representative, in place of the previous spokesperson, Qassem al-Khatib, which is considered a victory for the leader of the Cairo Platform, Ahmad Jarba, after trying to dismiss him at the end of last year in favor of including Khalid al-Mahamid.

Disputes arose within the Cairo Platform in early December 2020 because a team from the platform held a conference in the absence of Jarba, the head of the Tomorrow Movement, which is one of the largest components of the platform, in addition to a number of the platform’s officials. The conference was to discuss the re-inclusion of former leader Mahamid, after the latter announced the formation of a new opposition movement, which he said was supported by the UAE.

Mahamid, who was dismissed in 2017, managed to attract the former spokesperson of the Cairo Conference, Qassem al-Khatib, who was an aide to Jarba and recently defected, amid talks about differences between the Egyptian intelligence that supports Mahamid, on the one hand, and the Ministry of Foreign Affairs that supports Jarba’s position, on the other.

The conference failed to take important decisions, and informed sources revealed to Al-Modon that a short time ago, Jarba held a meeting with officials in the Egyptian Foreign Ministry, in which they renewed their support for him, which incapacitated the other side and forced them to accept his decision to dismiss Khatib as a representative of his movement in the Cairo Platform and the SNC.

According to the sources, the only party that objected to Khatib’s dismissal during Monday’s meeting was the opposition National Coordination Committee for Democratic Change, which is considered one of the main parties in the dispute over the fate of the SNC’s independents bloc.

The SNC consists of 37 members who represent the various components of the opposition, including eight independents. The Cairo Platform, the Moscow Platform, and the Coordination Committee each demand that the members be replaced by candidates from these three components, which the opposition coalition rejects. These disputes have caused the suspension of the elections of the Vice President and the Secretary for five months, and counting.

People close to the matter said that the SNC will not be able to resolve its differences before completing the Gulf reconciliation and agreeing with both Egypt and Turkey, as they are the parties that hold the most influence over the main Syrian opposition blocs, whose differences are a reflection of these countries’ differences regarding the Syrian file.