Seven Russian armored vehicles and dozens of soldiers have deployed in the town of Malikiyah in Syria's northeastern-most region, used by the anti-ISIS international coalition and US force reports Asharq Al-Awsat. 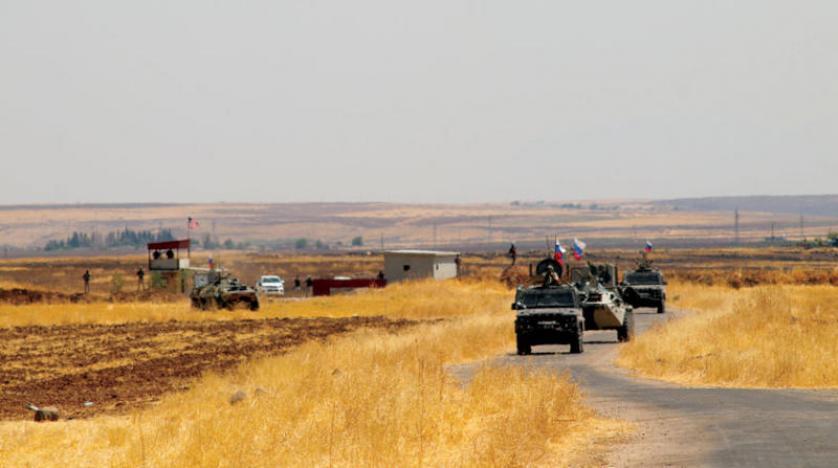 A Russian military police patrol deployed over the weekend in the town of Malikiyah in Syria’s northeastern-most region, near oil fields and the Turkish borders, and adjacent to the highway linking the city of Qamishli and the Semalka border crossing to the Kurdistan Region.

The highway is used by the anti-ISIS international coalition and US forces as a supply line to send military and logistic enhancements to their bases in Iraq.

Seven armored vehicles and dozens of soldiers took up position at the ancient Roman bridge in the village of Ain Dewar, north of the city of Derik.

The patrol was accompanied by the over flight of four Russian helicopters.

A member of the patrol told North Press that the deployment would continue until Sunday morning, after which they would return to their bases in Qamishli. He did not disclose the reasons for the deployment.

Russian forces had previously attempted to establish a base in the region, despite opposition by locals.

A week ago, the Russian Military Police carried out a patrol of four armored vehicles in the countryside of Derik.

Badran Jia Kurd, a vice president of the regional administration east of the Euphrates, said the Russian activity and deployment in the area aims to “control oil resources.”

He said: “The Russian forces seek to end the presence of the Coalition and US forces in the area. Our villages have become a scene for settling scores between Moscow and Washington.”

Hundreds of residents had demonstrated in the villages and towns of the Malikiyah countryside against the presence of Russian patrols.

“Russia plans to re-impose control of pro-Assad forces over all Syrian territories,” Jia Kurd said, adding that attention is now focused on the new American administration and that stances it will take on Syria.