A year after the Caesar Act was signed, the US has reiterated its desire to see the Assad regime seek a political solution to the conflict in Syria writes Baladi News. 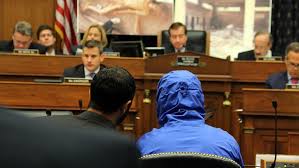 The US administration stressed the importance of pressing ahead with pressuring the Assad regime to take serious steps towards reaching a political solution based on UN Security Council Resolution 2254.

On the first anniversary of the US President’s signing of the Caesar Act, the US embassy in Damascus said, through its Twitter account, that, “A year ago, President Trump signed the Caesar Act, which became a law to hold Bashar al-Assad and his regime accountable for the atrocities they committed in Syria. Since that time, we have imposed sanctions on more than 90 people and entities for supporting the Assad regime in perpetuating an unnecessary and brutal war. “

Journalist Ayman Abdel Nour, editor-in-chief of the All4Syria platform, said that, “the results so far are gradual, and the aim is to send messages to the regime that [those results] can be escalated. That is why we saw that no sanctions were imposed on the Central Bank of Syria because this would paralyze the economy in the country.”

Abdel Nour added in an interview with Baladi News, “There have not been many sanctions imposed on Lebanese, Russian or Iranian companies or officials who deal with the regime, and hence it can be said that the sanctions are a form of sending messages that affect the head of the pyramid, along with his wife, his son, his brother’s wife, and his adviser. The aim is to deliver a message in order to accelerate engagement in the political solution process for the implementation of UN Security Council Resolution 2254.”

Abdel Nour believes that the Caesar Act does not aim to impose penalties on the Syrian people, “for we saw that its effect was the collapse of the exchange rate and the stalling of the economy. However, this is not actually due to the Caesar Act, but rather to the networks of corruption, warlords, theft of money and public resources, and underground wealth for the benefit of a single family.”

Abdul Majeed Barakat, Coordinator of the Syrian Opposition Coalition’s (SOC) Caesar Act Follow-up Team, says that the Caesar Act has significantly affected the last three of these, as it affected the organizational structure of the Assad regime, in the sense that the latter began to suffer from a lack of options in terms of whom to appoint to sensitive positions.

Barakat added, in a exclusive statement to Baladi News, that, “the other matter is at the level of the economy, especially since the Caesar Act has reduced the economic options of the regime that it would have otherwise relied on to spread its control over large swaths that were beyond its reach, by establishing economic relations with regional countries, which would have allowed Assad, pre-Act, to develop his economic relationships with several countries.”