The ever growing queues as gas stations has prompted a regime newspaper to accuse gas station workers of corruption, ignoring the bigger problems reports Zaman Al-Wasl. 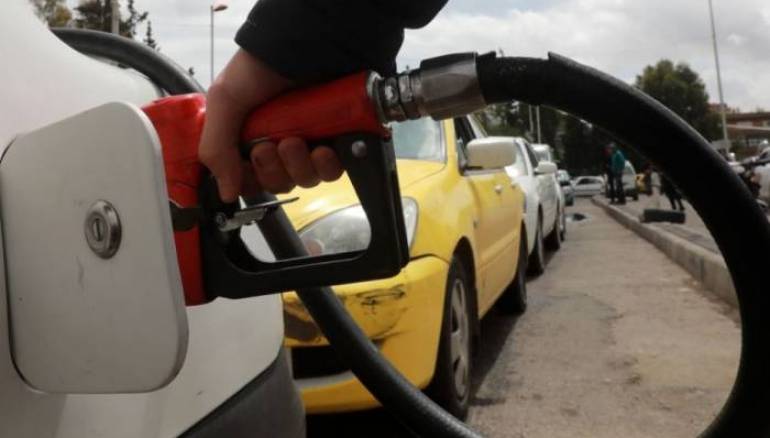 Crisis after crisis the Syrian regime stood as the major source of the Syrian people’s plight and yet it does not shy away from highlighting the minor corruption within a system that it created.

The state-run Al-Baath newspaper has recently called attention to the infractions of the wealthy who use their influence and money to secure gasoline without standing in line with the rest of the population. “Whoever wants to buy his time can go to those in charge upon entering the station and pay a fee to skip the line, at the expense of the time of dozen of other car owners queuing up in an ever growing line.”

According to the newspaper, those trafficking in queues get a rewarding daily income, and the solution is ,“to uproot these traffickers, and thus suppress any violation or infraction on the waiting lines.”

These accusations from Al-Baath use a rather vague language that incriminates no-one important and at times contradicts reality. “The emergence of such despicable patterns of explicit corruption confirms the laxity of —and perhaps implicates the concerned authorities.” This is however the extent of what can be described as constructive sympathy for the citizen.

In reality, those responsible for such crises are at the head of the regime: its traders, its military and its shabiha, who openly fill their pockets, while Al-Baath accuses petty thieves and those left with the crumbs of corruption.