A new study by the Omran Center for Strategic Studies has explored the barriers to the return of refugees and what is need to secure them a safe return writes Alsouria Net. 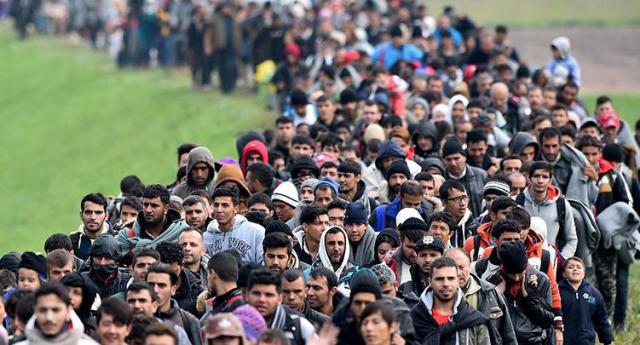 The Omran Center for Strategic Studies published a study on Thursday that identified several factors preventing Syrian refugees from returning to Syria, some of which are related to the security and military component, and others to the economic component.

The study, titled “Stability Indicators and their Impact on the Return of Refugees and Displaced Persons,” is made up of four research papers that focus on the issue of the return of Syrian women who have been forced to leave the country in the past nine years, their concerns, and their reluctance about returning.

Based on an extensive survey conducted by the center, the most important variables governing the decisions of refugees to return to Syria have been identified — the first of which is the security situation in all Syrian regions, especially in the areas controlled by the regime, which, “continue to suffer from high liquidity and severe fragmentation, naturally affected by the instability of both the political and military scenes.”

A relationship of dissonance between the security services and the citizens

The study indicated that, “the behavior of Assad’s security services has not changed compared to pre-revolution times. On the contrary, the ferocity towards civilians has increased, the arrests as well as liquidations and systematic torture have grown in numbers.”

As for the opposition areas, the study considered that, “the security authorities in charge of policing security still lack professionalism in security work, in addition to the deterioration of the security situation and their inability to control it optimally.”

The security situation in areas controlled by the Syrian Democratic Forces (SDF) is characterized by a schism between cities and towns. A relatively safer atmosphere prevails in Hassakeh, for example, while safety is less common in Raqqa and Deir ez-Zor.

Additionally, the deterioration of the relationship between the security services and the citizens is considered a reason for the failure of the refugees to return, since, “the regime’s security services are no longer able to control the behavior of militias and military factions vis-à-vis civilians.”

The research papers shed light on four security indicators: assassinations, bombings, arrests, and kidnappings, as those determine the extent of security stability in various regions.

The statistics pertaining to bombings and assassinations in the regime-controlled areas show high numbers, due to the security chaos in the provinces, in addition to the high rate of arrests and kidnappings in the cities of Douma and Daraa, which fell under the regime’s control two years ago.

According to the study, returning to regime-controlled areas is not an option for a large number of the refugee diaspora, because, “there are no reliable international guarantees from neutral parties that safeguard the security of refugees returning to these areas. Add to that the regime’s unwillingness to accommodate the return of refugees to the homeland and the selectivity that it wants to impose on the returnees through many procedures, starting by putting refugees in categories and evaluating whether they serve the demographic planning that it seeks to apply in its areas of control.

As for the opposition-controlled areas, those remain “fragile and security-compromised,” which affects the ability of citizens to ensure social stability there.

As for the Autonomous Administration areas, they are still far from reaching a state of complete security stability due to, “factors related to the bureaucracy of the security services and their discriminatory practices towards the population, such as the suppression of protests and arrests.”

The study concluded that, “the conditions for a safe environment are stability and security recovery, the fulfilment of the criteria related to the humanitarian issue and the access to aid for all who need it, in addition to paving the way for the safe, dignified, and voluntary return of refugees and internally displaced persons to their original areas and the rehabilitation of the affected areas.”