In the final weeks of the Trump administration, Ayn Issa could be facing an attack by Turkish forces, as Russia calls on the SDF to allow the regime to move back into the city writes Baladi News. 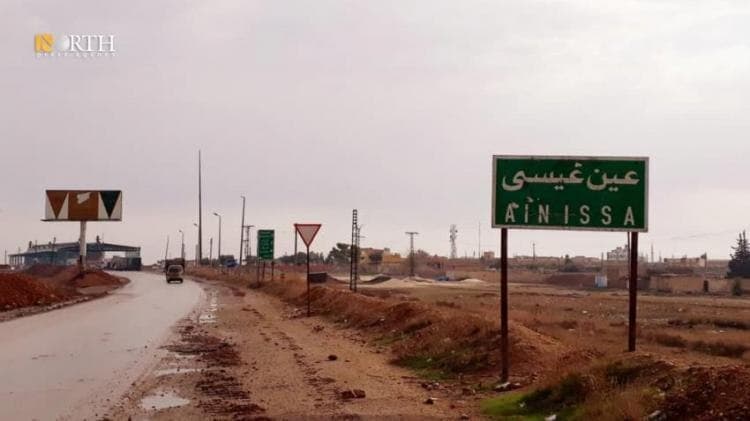 The Ayn Issa region is witnessing a military escalation between the Turkish-backed Syrian National Army and the Syrian Democratic Forces (SDF), supported by the US and Russia.

Analyses indicate Ankara’s intention to launch a military operation in the region, in agreement with the Russian side, which is considered by virtue to be the guarantor party for the SDF forces in Ayn Issa.

Analysts believe that Russia may support the Turkish operation to put pressure on the SDF, on the one hand, and to put pressure on the next American administration headed by Joe Biden, who has an unfavorable position towards Moscow, on the other. Russia aims to shuffle the cards in Syria, and according to factual information, the Turkish military operation in Ayn Issa, and perhaps in other regions, may be around the corner, and before the end of the term of the current US President, Donald Trump.

Sources revealed information about a Russian proposal to the SDF leadership to prevent a military operation in the area, aimed at controlling Ayn Issa.

The sources added that a meeting was held a few days ago at the Russian base in Ayn Issa, which brought together Kurdish leaders, SDF officers, and officials from the Russian army, in which the Russian officers informed the leadership of the SDF that the Turkish threats to invade the town are serious, and they requested that Ayn Issa be handed over to the regime forces, administratively and militarily, to block that threat.

The Russian side suggested to the SDF leadership that they establish a security stronghold in the center of the town, including the administration’s institutions and offices, similar to the regime’s security squares in the cities of Qamishli and Hassakeh, on the condition that the flag of the Syrian regime is raised and state institutions are opened, with the aim of blocking any Turkish attacks and preventing the implementation of a large-scale operation.

About the timing of the Turkish military escalation and the Russian proposal, especially since they are talking about the 32-kilometer boundary beyond which Ankara requires the SDF to exist, Syrian journalist Samer al-Ahmad said that both Turkey and Russia are anxiously waiting for Biden to take the reins of power in the White House, after statements by him and his team reflecting an adverse position towards Turkey and its plan for expansion beyond the borders in Syria, Libya, the Mediterranean, and Karabakh. Add to that the Biden’s administration’s propensity to curb the Russian expansion in the Mediterranean and Libya, indicating that Turkey is trying to rush and impose a fait accompli by crossing the 32-kilometer line by controlling Ayn Issa, which is 37 kilometers from its borders.

Ahmad considered that the escalation in Ayn Issa was caused by the Russians in particular, to put pressure on the leadership of the SDF in order to acquiesce and accept the establishment of a security stronghold for the regime forces in Ayn Issa, thus implementing the Russian plan to restore the regime’s administrative and security institutions that have been out of commission for years. Ahmad noted that this happened in northwestern Syria through a military operation, in Daraa through a reconciliation agreement, and in some parts of Hassakeh within the framework of understandings with the SDF, such as what happened in Tel Tamer and Tel Abu Rasin.

The town of Ayn Issa enjoys special importance due to its strategic location on the international M4 highway and its political relevance in relation to the Autonomous Administration in eastern Syria, as it constitutes the administration’s administrative and political capital.

Should Ayn Issa come under the control of the National Army and Turkish forces or should regime forces enter it and establish a security square there, the project of administrative decentralization in eastern Syria will fall.