The Assad regime has ordered militias to smuggle wheat from areas held by the Syrian Democratic Forces, in the face of severe bread shortages reports Zaman Al-Wasl. 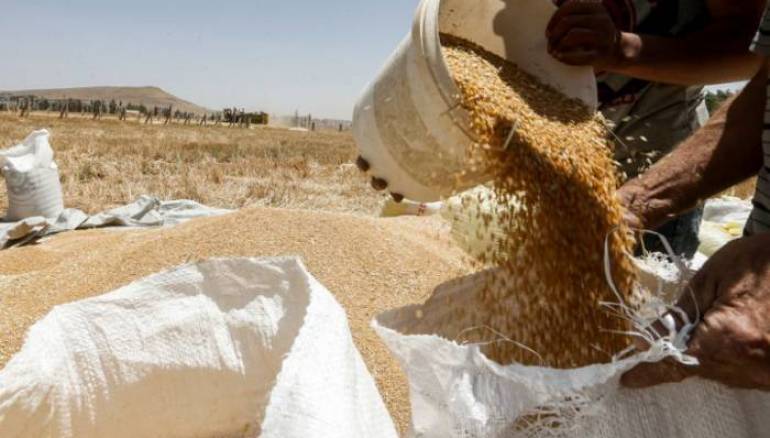 According to the Ayn Al-Furat network, the regime forces demanded two trucks of wheat to be smuggled in via the crossings, for every truck of other materials.

The al-Qatirji militia has stopped the smuggling of other materials, including barley, in favor of wheat following the orders issued, due to the severe shortage of wheat throughout regime-controlled regions.

The network sources explained that with a number of Russian companies canceling contracts to supply wheat to Syria, the grain is nearly depleted from the regime’s warehouses.

The al-Qatirji militia brought in about 200 tons of wheat during the past few days from areas held by the Syrian Democratic Forces (SDF) through the Boqruss crossing that the militia uses for their smuggling operations.

In regime-controlled areas, the severe bread crisis continues, as Assad’s regime is unable to provide the bare necessities for its people, who stand in long queues for hours to get their rations of subsidized bread, one of the only foods they can still afford at a critical time of severe economic and health crisis.