It has been revealed that the Dutch Prime Minister interfered into an investigation of the Netherland’s involvement in supplying and funding terrorist organisations in Syria writes SANA. 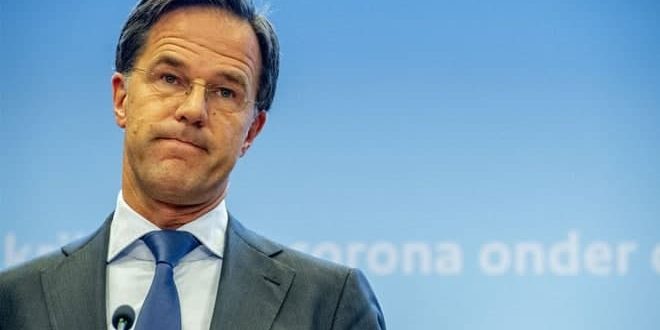 A new chapter in the scandals of the Netherlands’s involvement in supporting terrorist organizations in Syria is unfolding in front of the world, after Dutch Prime Minister Mark Rutte recently admitted that he personally intervened to obstruct parliamentary investigations into his government’s provision of millions of dollars to terrorists, which shows the blatant hypocrisy in the policies of the Netherlands and the West regarding the allegations of fighting terrorism and protecting human rights.

The new development came after Rutte was forced to admit that he had obstructed the investigations of a fact-finding committee formed at the Dutch Parliament two years ago, after Dutch media published files revealing the Dutch government’s involvement in supporting terrorists in Syria over several years and supplying them with technical equipment, specifically communication, military and logistical equipment, and hundreds of trucks and various vehicles.

At the time, the Dutch investigators did not reach any conclusion due to Rutte’s obstruction of the work of this committee and his deliberate concealment of secrets that prove his direct involvement with terrorists and his flagrant violation of international and Dutch laws, since the organizations that he supports financially and logistically in Syria are classified as terrorist organizations by the Dutch Public Prosecutor.

The Parliamentary Investigation Committee was formed in the Netherlands after two media outlets revealed in a special documentary in 2017, the Dutch government’s support for about 22 terrorist groups, including the so-called Levantine Front, which is classified as a terrorist group even by Dutch institutions.

Rutte’s obstruction of the investigations has been met with great indignation by the Dutch people, as the media there has focused on his government’s involvement in providing millions of dollars, foodstuffs, medicines and telecommunication equipment to terrorists, while Dutch and European parties started to raise the issue in public forums, calling for transparency and the truth, while wondering about the benefit of democracy if it is not reflected in the ethical dimensions of international policies.

Dutch support for armed terrorist groups in Syria has continued, despite the pledges of the Dutch government to its parliament that only the organizations it described as “moderate” would receive support  in harmony with the hypocrisy adopted by the US, which has always claimed that it provides support and training to those whom it describes as “moderate opposition”, but later many reports have refuted these claims and confirmed that “Washington’s moderates” are nothing but terrorists who joined the ranks of terrorist organizations, including al-Qaeda and the Islamic State (ISIS).

The Dutch government has claimed that the reason behind its illegal interference to obstruct the investigations into the scandal is that the investigation would lead to the disclosure of secret information, in addition to exposing the alleged International Coalition, which had been formed under the pretext of fighting ISIS, and the crimes committed by the members of this coalition against Syrian civilians and the Syrian infrastructure, under the pretense of fighting terrorism, while the facts on the ground confirm the involvement of this coalition in protecting ISIS.

The Netherlands, which leads European countries in exporting terrorists to Syria and Iraq, and the Dutch government’s support for terrorist organizations in the context of its submission to US decisions, makes it the last to have the right to talk about democracy and human rights in Syria or elsewhere and its government should be held accountable in the International Court of Justice.