In an effort to solve the public transport shortage in Damascus, the Paxi has been introduced, which offers low cost transport to citizens reports Baladi News. 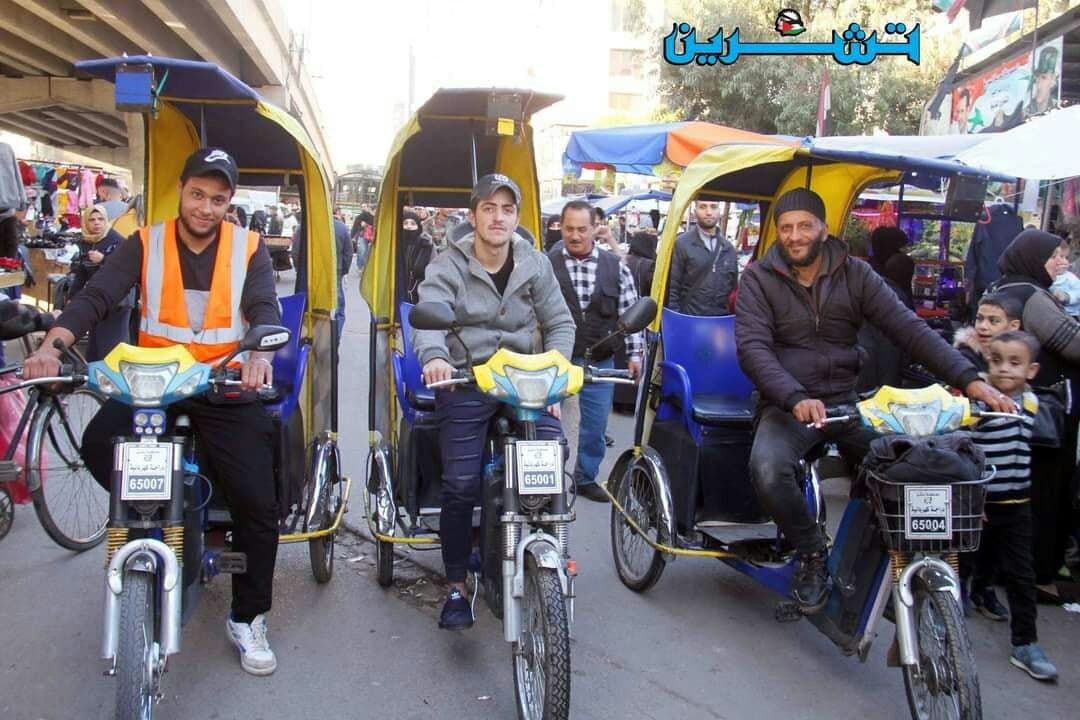 Activists circulated pictures published by pro-regime newspaper Tishreen, showing the spread of the so-called Paxi in the streets of the capital, Damascus, in light of the fuel crisis afflicting regime-controlled areas.

The Paxi seems to be a new means of transportation, similar to the tuk-tuk used for transportation in Egypt and India. It is a three-wheeled bicycle with a back seat and a canopy.

A report by the Russian outlet Sputnik revealed that Damascus, agreed to experiment with the Paxi in the framework of providing transportation services within the city.

The Russian website quoted the Director of Transport and Traffic Engineering in Damascus Governorate, Abdullah Aboud, who said that, “the conditions that must be adhered to have been specified, and special plates and cards will be offered by the Traffic Engineering Directorate to facilitate their movement. They will also have their designated lanes, and the drivers will have uniforms.”

According to the report, the owner of the project, Bashar Abu Qurra, stated that the tariff will be 25 Syrian pounds per minute, and the ride time will average between 8 and 10 minutes, meaning that the cost will range between 200 to 400 pounds.

The Paxi is electrical, and will be operating mainly in the old markets of Damascus, the areas of Baghdad Street, the President’s Bridge, Bab Sharqi, and other locations in the center of the capital.

The regime-controlled areas have been experiencing a serious transportation crisis, due to the frequent fuel crises. The number of public buses has decreased, which prompted citizens to turn to taxi service, which, unable to afford a private ride, they began to use collectively instead of the usual “services.”