Following the disastrous announcement of the formation of an elections commission, activists have called for the removal of Nasr al-Hariri from the Syrian National Coalition writes Baladi News. 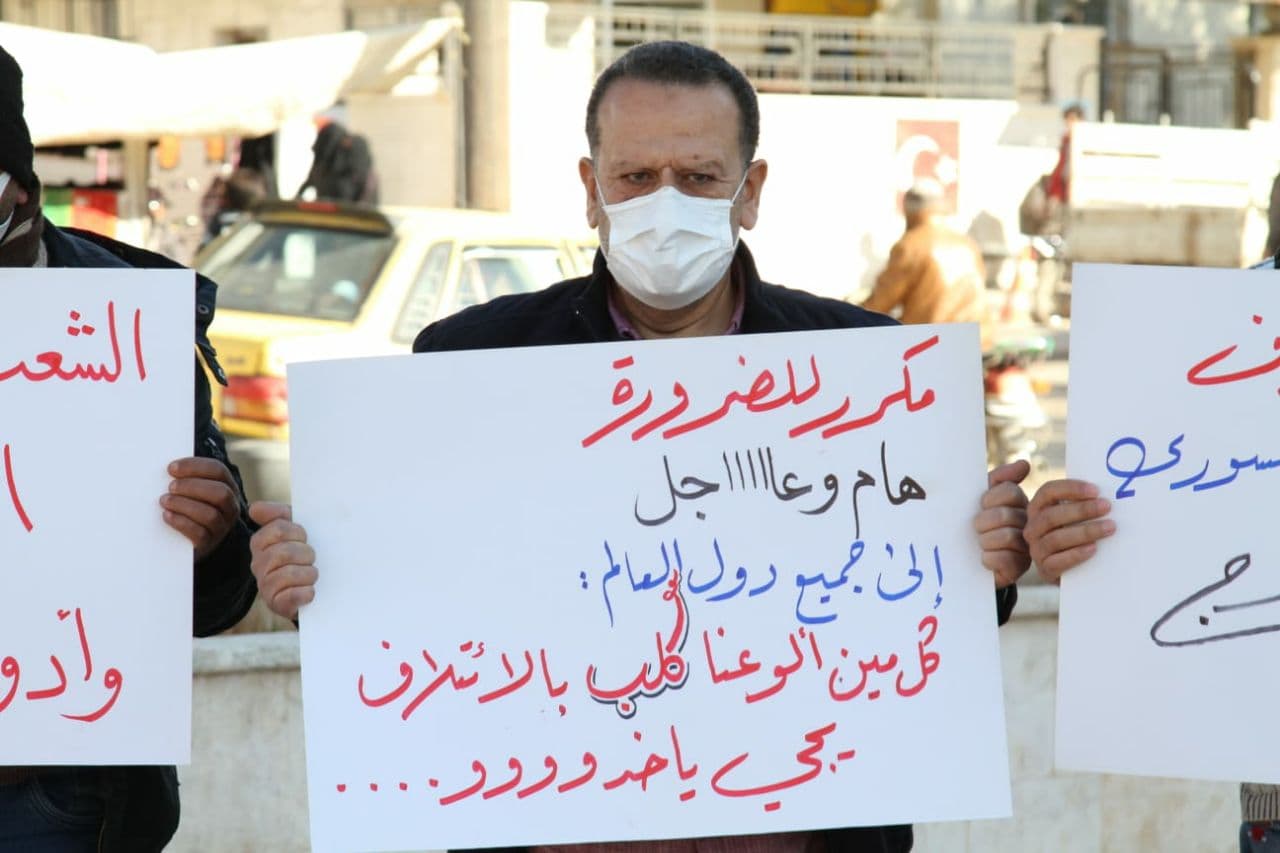 On Tuesday, a number of revolutionary activists organized a protest against the head of the Syrian National Coalition (SNC), Nasr al-Hariri, in the Operation Euphrates Shield area north of Aleppo.

According to Baladi News’ correspondent in the countryside of Aleppo, a number of activists and revolutionary figures organized a protest in the city of Azaz in the northern countryside of Aleppo, calling for the departure of the SNC head, Hariri. They expressed their rejection of the SNC’s decision, which ended up being scrapped, to establish a national elections committee.

Activists held up banners that read “Check yourself before issuing decisions”, “Whoever has lost a (dog) come by SNC and take them”, “He who betrayed his people is not allowed to live among us,” and “SNC only becomes legitimate when the Syrian peoples elect [its members].”

The SNC’s statement about forming an elections committee sparked widespread controversy among Syrian activists and the opposition, amid accusations that the SNC is normalizing with the Assad regime and legitimizing any upcoming presidential elections.