Members of State Security have been targeted in an attack, by a group that rejects the regime’s actions in areas that agreed to settlements with the regime reports Nedaa Syria. 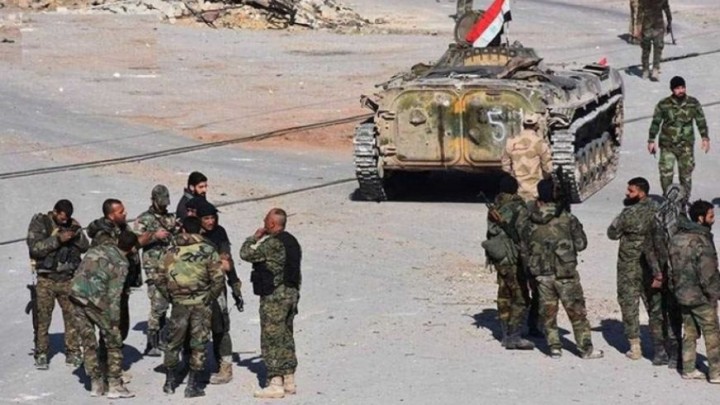 Unidentified persons carried out an attack on Sunday night on a Syrian regime intelligence site in Talbiseh in the northern countryside of Homs, in conjunction with the renewed activity in areas that were subjected to the Assad regime under the settlement agreement.

On Monday, a group that calls themselves the Resistance Brigades said in a statement that it had targeted, using explosive devices, the State Security Branch in Talbiseh, which led to injuries among the branch’s members.

The attack comes after the escalation of the popular movement and military operations against the Assad regime and the militias supporting it in the reconciliation areas, especially in Daraa Governorate.

In the past few days, Daraa witnessed great tensions, popular demonstrations against the regime, and attacks on a number of the regime’s checkpoints and bases in retaliation for its storming the farms of Daraa al-Balad and then besieging and raiding the city of al-Karak.

The areas that the Assad regime entered under the settlement agreement, especially in Daraa Governorate, Eastern Ghouta, and the northern countryside of Homs, suffer from the violations committed by the Syrian regime and its security branches, in addition to being deprived of most services due to their previous [political] positions.