Apartments in Raqqa and Hassakeh have been seized and their occupants ordered to vacate by the Kurdish Democratic Union reports Zaman Al-Wasl. 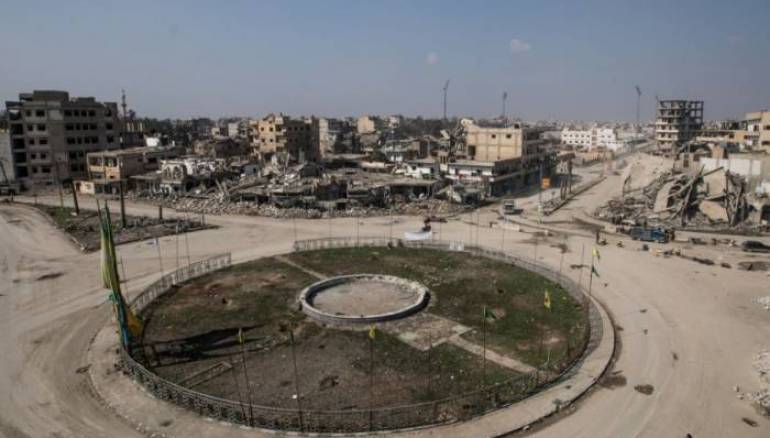 The Democratic Union Party’s Autonomous Administration continued the seizure of state homes and residential areas in the northeastern provinces of Raqqa and Hassakeh.

One of those affected told Zaman Al-Wasl that the Autonomous Administration asked four families to vacate the apartments directly, while they were still waiting to see what would happen in the building consisting of eight apartments.

The other buildings also warned three to four apartments in each building to evacuate the homes directly, but the families are still present, noting that the building behind their homes were evacuated weeks ago and the apartments were occupied by people from the “Autonomous Administration side.”

The campaign Raqqa Is Being Slaughtered Silently stated that the US-backed Syrian Democratic Forces calls on the residents of some houses in the Euphrates Association in the al-Dir’iya neighborhood, west of the city of Raqqa, to vacate their homes under the pretext of their ownership of “the state.”

The campaign indicated that on Nov. 7, 2020 evening patrols were sent to inform the residents of 24 apartments of the need to evacuate their places quickly.

The party administration prohibits housing in state-owned buildings without renewing their contracts on the basis of the transfer of their ownership to them, and it also prohibits construction on land usufructs acquired by farmers within the framework of the Agrarian Reform Law.