Asma al-Assad has visited the Lattakia countryside, new coronavirus infections have been recorded, a school in Aleppo has closed and a campaign has started to plant trees. Catch up on everything that happened over the weekend. 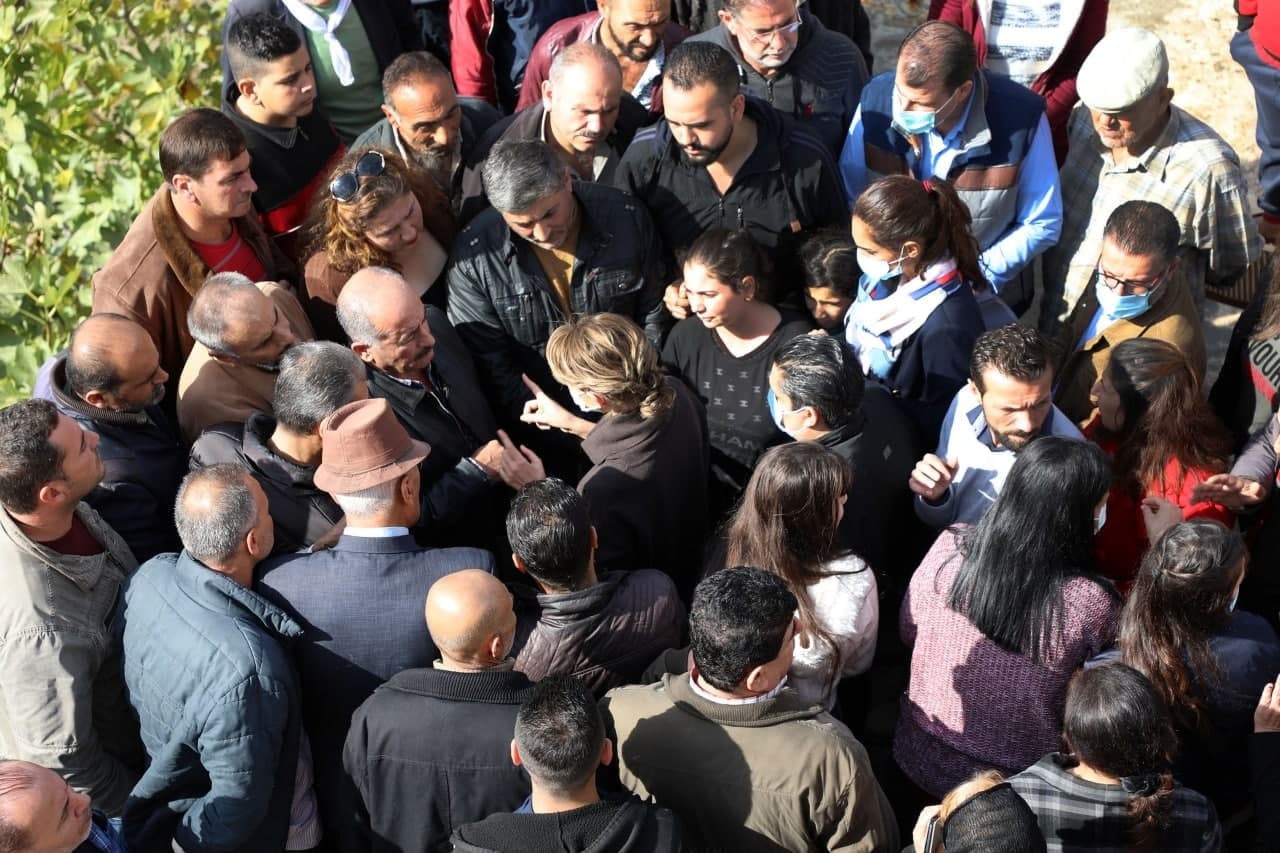 1. Asma al-Assad toured the Lattakia countryside, during which she visited a number of villages, most notably the Dalieh sub-district of the city of Jableh. The first lady met with a number of active civil committees and developers of development proposals, according to SANA. The agency confirmed that Asma discussed agricultural and productive projects with the locals, along with how to support these projects.

2. On Saturday evening, the Health Ministry announced that 45 new coronavirus cases have been registered in Syria and that 48 people have recovered, while four patients have passed away. The ministry added that this brings the total number of coronavirus cases in the country to 6,147, of which 2,302 cases recovered and 313 passed away.

3. On Sunday morning, the Syrian government closed three schools in the city of Aleppo, northern Syria, due to the spread of coronavirus among students and teachers. “The three schools recorded the infection of 140 students and 10 teachers,” a government source in the Directorate of Education in Aleppo, told North Press. He pointed out that the period of closure will not exceed a week, amid the absence of any government action plan to prevent the continued spread of the epidemic among students and teachers.

4. On Saturday, the Ministry of Agriculture launched, from the al-Assad National Library, a national afforestation campaign that will start on Nov. 15, 2020, and will last till the end of next March, and which will include the planting of all kinds of forestry and fruitful trees. In a statement to SANA, Agriculture Minister Mohammad Hassan Qatana said that the ministry is moving to implement several campaigns which include household forestation campaigns executed by family head and members and their relatives. There will be a afforestation campaign in the lands related to schools and universities, and a campaign related to unions, organizations, agencies and institutions, in addition to another campaign related to volunteers who wish to plant in specific areas of the forests. All these aim to achieve basic criteria and correct procedures for caring for the seedlings and ensuring their sustainability and continuity.

5. On Wednesday, the United Nations expressed deep concern over escalating violence in Syria’s northwestern Idleb province following an attack by the Bashar al-Assad regime that killed seven, including four children, the Turkish Daily Sabah reported. “I condemn these killings in the strongest possible terms and pass on my deepest condolences to the families of all those who were killed or injured,” Mark Cutts, Deputy Regional Humanitarian Coordinator for Syria, said. Cutts, in a written statement, pointed out that multiple communities in Ariha district were impacted by the shelling, including the city of Ariha, Shinan, Nahliya, Ehsem, Marayan, Deir Sunbul, Balshun and Balyun.