Nasr al-Hariri has met with the Canadian Executive Coordinator for Syria and discussed the situation in the country and thanked Canada for their efforts with refugees reports Shaam News. 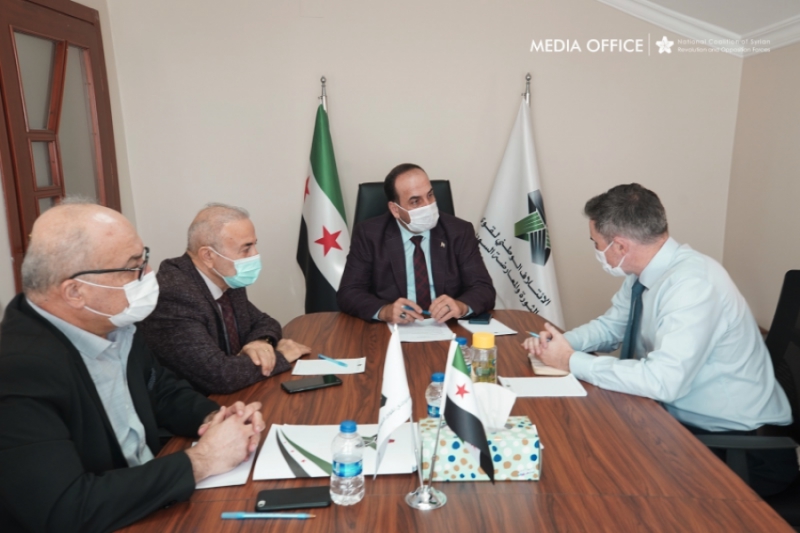 The head of the Syrian National Coalition, Dr. Nasr al–Hariri, met with the Canadian Executive Coordinator for Syria, Gregory Galligan and discussed with him the latest developments and the political situation in Syria.

Hariri thanked the Canadian government for its great efforts in support of the Syrian cause, and for its contribution to providing relief and humanitarian support to the needy in Syria, as well as Canada’s hosting of more Syrian refugees.

Hariri talked about the latest developments on the ground as well as the violations and crimes committed by the Assad regime and its supporters, the latest of which was the large and deliberate Russian attack on one of the headquarters of the Syrian National Army in the al-Duwaila area in the Idleb countryside.

Hariri indicated that there are joint Russian political and military messages from this attack. “We know the Russian behavior,” he added, “They are creating excuses to continue their military campaign because they believe in the military approach at the expense of the political solution.

Hariri stressed the need for greater pressure on the regime and its supporters to force them to sit at the negotiating table in order to implement all the resolutions issued by the Security Council regarding the Syrian issue, especially Security Council Resolution 2254.

For his part, Galligan stressed that the Syrian Constitutional Committee has not been able to achieve its goal so far and discussed with the head of the National Coalition possible scenarios, and where the coalition stands vis-à-vis the scenarios.