The Syrian Network for Human Rights have released a report, documenting the number of civilians killed during the month of October writes Sowt Al-Asima. 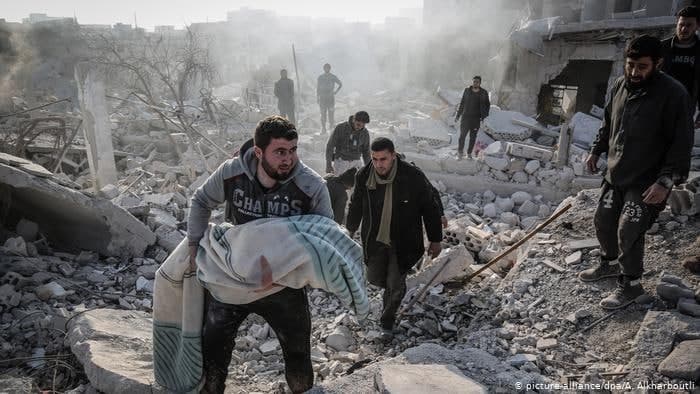 The Syrian Network for Human Rights (SNHR) documented the killing of at least 126 civilians, including 18 children, eight women, and a media worker, during the month of October, “by the parties to the conflict and the controlling forces in Syria.” SNHR documented that 86 civilians, including 15 children, have been killed by mines since the beginning of 2020, which is the highest toll in the world.

In a report published on Sunday, SNHR considered the Syrian regime to be primarily responsible for the deaths of Syrian citizens due to the coronavirus pandemic, adding that the regime and its Russian ally are accused of bombing and destroying most medical centers in Syria, killing hundreds of medical personnel, and forcibly disappearing dozens of them.

According to the report, the SNHR’s Victim Documentation Department Team documented, in October, the killing of 126 civilians, including 18 children and eight women, 31 civilians, and two children. Two women were killed by Syrian regime forces, and two at the hands of Russian forces. One child was killed by the Islamic State, while Hay’at Tahrir al-Sham killed two civilians, and the armed opposition / National Army killed one child.

The report documented the killing of 10 people due to torture, all of them at the hands of the Syrian regime.

According to evidence gathered by the report, the attacks were directed against civilians and civilian facilities, and the Syrian-Russian alliance forces have committed a variety of crimes, from extrajudicial killing, to detention, torture, and enforced disappearance. Their attacks and indiscriminate bombing have caused the destruction of facilities and buildings. As per the report, there are reasonable grounds for believing that the war crime of attacking civilians has been committed on many occasions.